Raazi is about; an Indian spy marries a Pakistani man during the Indo-Pakistan War of 1971. 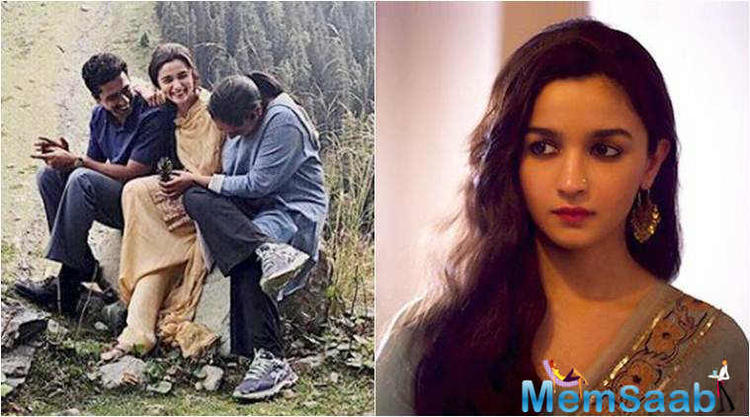 In This Image: Meghna Gulzar, Alia Bhatt, Vicky Kaushal
Alia Bhatt-Vicky Kaushal starrer Raazi has entered the coveted 100 crore club. The political thriller has earned Rs 102.50 crores at the box office within 18 days of its release.

With good word of mouth and positive reviews, the film has become the first non-franchise women-centric film to cross the 100 crore mark. 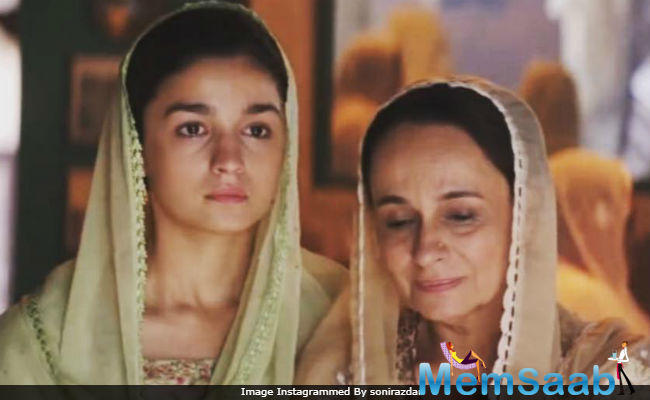 In This Image: Alia Bhatt
Raazi has received rave reviews from everywhere. The nuanced look at patriotism and intelligence gathering of the film has appealed Indian audiences. Remarkably, Raazi is Alia Bhatt’s third film in the 100-cr club, after 2 States and Badrinath Ki Dulhania. It is Vicky’s first film in the elite club.

In This Image: Alia Bhatt, Vicky Kaushal, Rajit Kapoor, Jaideep Ahlawat
It is an adaptation of Harinder Sikka’s Calling Sehmat, a novel inspired by the almost-unbelievable real-life story of a woman, who Sikka named Sehmat, to protect her identity. Alia Bhatt plays the character of Sehmat, a Kashmiri woman, who gets married to a Pakistani officer with the intention to source out intelligence details and pass it off to Indian forces. Vicky Kaushal essays the role of the Pakistani officer.