Alia Bhatt receives a kiss on the cheek of boyfriend...

Alia Bhatt It was a year yesterday and his fans can’t stay calm. Flooded social media with candy birthday adorable notes and photos from the birthday girl. Amongst everyone, socialite Natasha Poonawalla shared an unseen internet breaking picture on her Instagram story with Alia, Ranbir, Arjun and Malaika Arora.

Ranbir can be seen giving a peck on Alia’s cheek 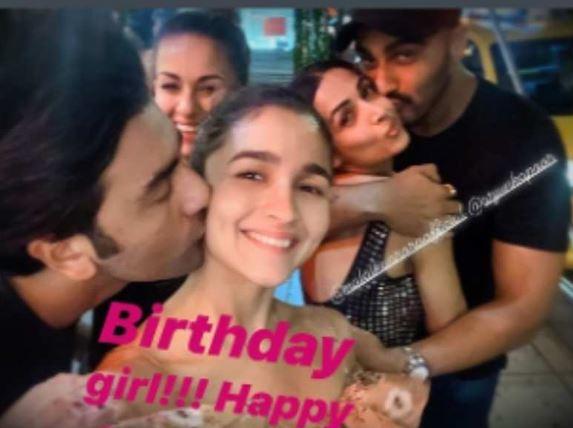 In This Image: Ranbir Kapoor, Alia Bhatt, Arjun Kapoor, Malaika Arora
In the picture, Ranbir can be seen giving a peck on Alia’s cheek. Even Arjun is seen kissing Malaika and hugging her in the background. In the background, Arjun can be seen holding Malaika close. Natasha can be seen standing between the actors. The couples are all smiles & we can’t get enough of their pictures. Speaking of the photo, it is a photo from his trip to New York last year when Ranbir’s father Rishi Kapoor I was in the United States seeking treatment. 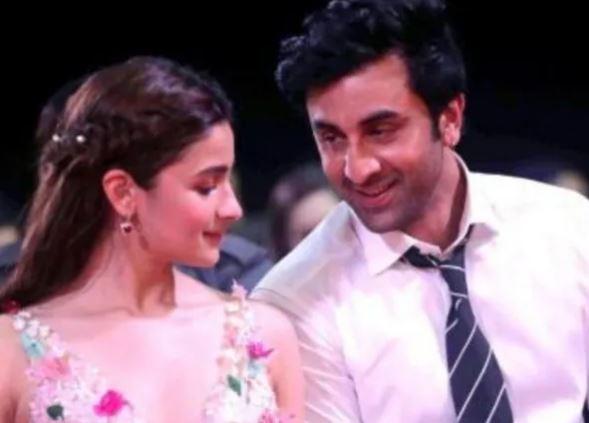 In This Image: Ranbir Kapoor, Alia Bhatt
Since this is the first time that a picture of Ranbir and Alia has been shared on social media, in no time it took the internet by storm. Meanwhile, on the work front, Alia is gearing up for her upcoming releases ‘Brahmastra’. She is also working on Sanjay Leela Bhansali’s ‘Gangubai Kathiawadi’ & will also be seen in Karan Johar ‘Takht’, multi-star.