The actress, who celebrated her 27th birthday with family and close friends on Sunday, has been giving us glimpses of how she spent her special day since Monday morning. Alia shared a couple of posts, which feature her sister Shaheen Bhatt and friends Akansha Ranjan Kapoor and Meghna Goyal. Recently, Alia dropped a new video on her youtube channel with her sister.

In This Image: Alia Bhatt, Shaheen Bhatt
In the video, Alia talked about their funniest childhood memory and many more. She revealed that Shaheen used to make some weird sound and then pretend to be dead in front of her. They further opened up about their childhood fights. Shaheen used to lock Alia inside the bathroom as a way of showcasing her superiority as an elder sister. Alia said that her sister needs to know at times how much one loves her. Well, their banter speaks volumes about the great bond that they share. 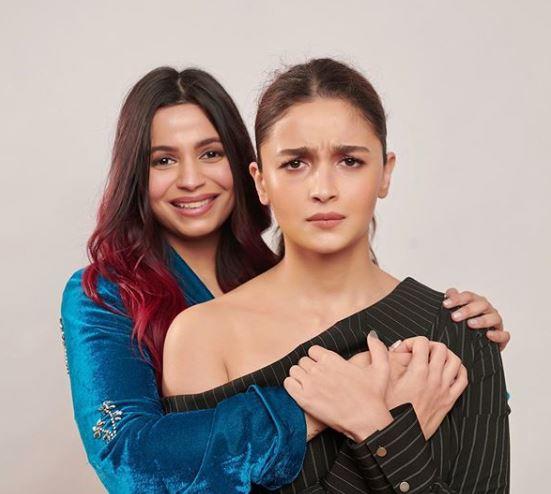 In This Image: Alia Bhatt, Shaheen Bhatt
On Sunday, Shaheen Bhatt wished Alia by sharing a picture of the duo and accompanying it with a heartfelt note. On the work front, Alia Bhatt will next be seen in Ayan Mukerji’s Brahmastra, her filmmaker father Mahesh Bhatt’s Sadak 2, SS Rajamouli’s RRR and Sanjay Leela Bhansali’s Gangubai Kathiawadi.