“Sadak” revolved around a taxi driver (Sanjay) trying to rescue the woman he loves (Pooja) from a brothel. It also featured Sadashiv Amrapurkar as Maharani, brothel’s owner and Soni Razdan, Bhatt’s wife. 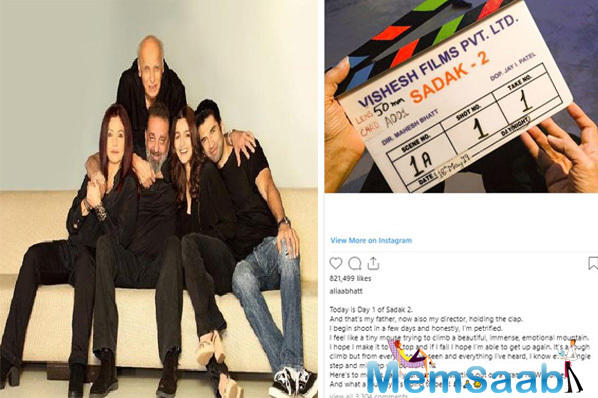 In This Image: Alia Bhatt, Sanjay Dutt, Pooja Bhatt, Aditya Roy Kapur, Mahesh Bhatt
Fox Star Studios announced the new release date of the film on Monday. It was earlier supposed to open on March 25, 2020. “The roads will intersect once again. ‘Sadak 2’ in cinemas on July 10, 2020,” the studio posted on its official Twitter account. Sadak 2, the film which is a sequel to 1991, will be directed by veteran filmmaker Mahesh Bhatt.

Bhatt, who also directed the original film, is returning to the director’s chair after almost two decades with the follow-up. It also marks his first collaboration with daughter Alia Bhatt. 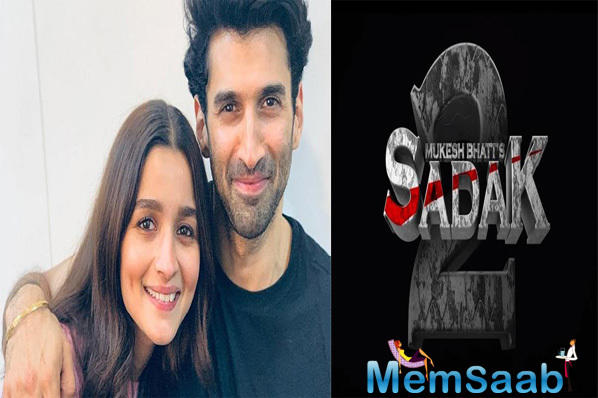 In This Image: Alia Bhatt, Aditya Roy Kapur
Alia is all excited as well as petrified as she is gearing up for her next film Sadak 2. The actress, in a social media post, said that she is petrified to shoot for the movie, which will be directed by her father and veteran filmmaker Mahesh Bhatt.

Alia on Saturday took to Instagram, where she posted a photograph of Sadak 2’s clapboard. 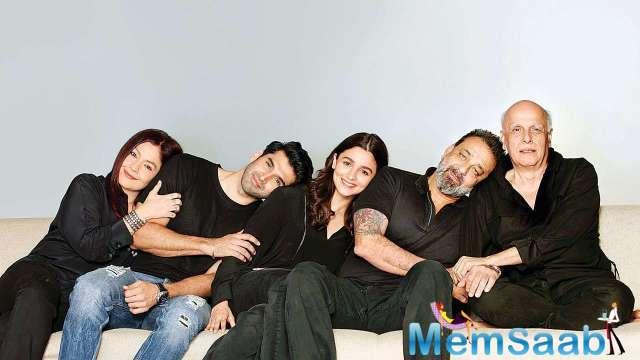 In This Image: Alia Bhatt, Sanjay Dutt, Pooja Bhatt, Aditya Roy Kapur, Mahesh Bhatt
She captioned it: “Today is Day 1 of ‘Sadak 2’. And that’s my father, now also my director, holding the clap. I begin shoot in a few days and honestly, I’m petrified. I feel like a tiny mouse trying to climb a beautiful, immense, emotional mountain. I hope I make it to the top and if I fall I hope I’m able to get up again.”