Akshay Kumar shared a new first look poster of his upcoming film, ‘Bachchan Pandey’. The actor also announced that the movie will hit the theatres on January 26 next year. 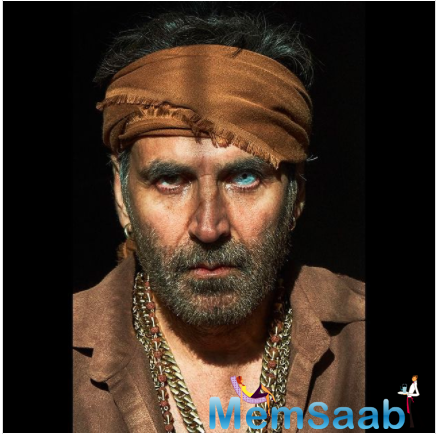 In This Image: Akshay Kumar
According to a report in Mumbai Mirror, the makers were looking for someone who could match Akshay’s comic timing. This will be the first time that the ace actors will be seen sharing the screen space.

Meanwhile, on the work front, Kriti has some interesting projects in her kitty which include Laxman Utekar’s ‘Mimi’. 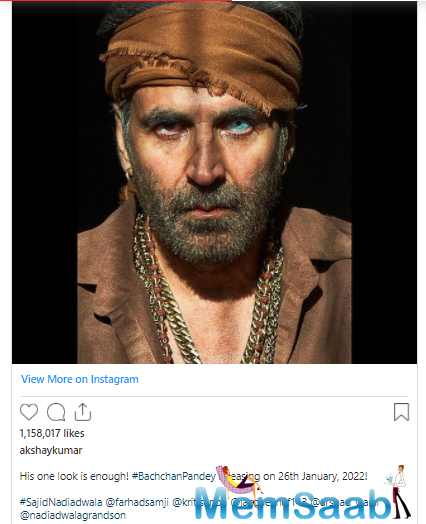 In This Image: Akshay Kumar
The movie will also star Pankaj Tripathi and Sai Tamhankar in lead roles. Apart from this, she will also be seen in an untitled Dinesh Vijan movie co-starring Rajkummar Rao. Akshay, on the other hand, has films like, ‘Bell Bottom’, ‘Raksha Bandhan’, ‘Ram Setu’, and others in his kitty.