Back in 1994, Akshay Kumar and Raveena Tandon set the screen on fire with their sizzling chemistry in Tip Tip Barsa Paani from Mohra. Twenty-five years later, he is set to recreate the magic with Katrina Kaif in Rohit Shetty’s Sooryavanshi. 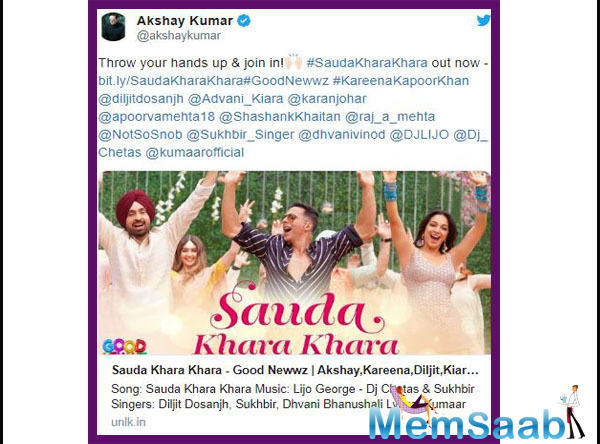 In This Image: Akshay Kumar, Kiara Advani
The actor, who is gearing up for the release of his next film Good Newwz, revealed that the Tip Tip Barsa Paani remake will feature the original singers Alka Yagnik and Udit Narayan. Just like Sukhbir features in Sauda Khara from Good Newwz which also happens to be a remake of his 1999 hit by the same name.

When appreciated at a media interaction for retaining original singer Sukhbir’s voice in the remake Sauda Khara, Akshay immediately said, “Even the Tip Tip Barsa Paani remake in Sooryavanshi has the original singers.” 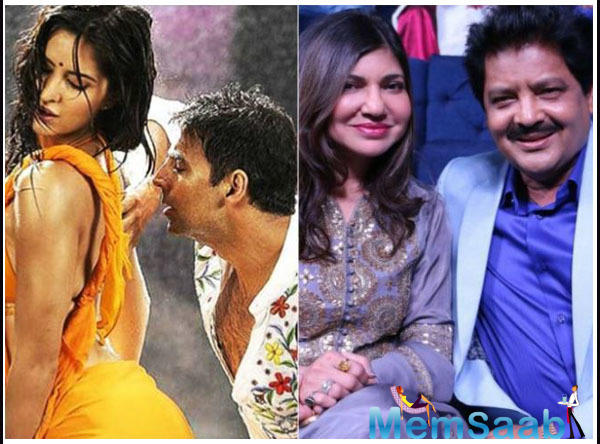 In This Image: Akshay Kumar, Katrina Kaif, Alka Yagnik, Udit Narayan
The original was sung by Alka Yagnik and Udit Narayan and was a major hit. And now, going by Akshay’s words, it looks like we are going to hear the duo in the remake of Tip Tip Barsa Paani. Sooryavanshi is slated to release on March 27, 2020, while Good Newwz hits the screens of December 27, 2019.