Akshay Kumar and Katrina Kaif are collaborating yet again for Sooryavanshi, after working together on Namaste London, Welcome, Singh is King, and Tees Maar Khan.

The film will also recreate an iconic song — Tip Tip Barsa Paani — from Akshay’s 1994 film Mohra with Katrina in Sooryavanshi.

In This Image: Akshay Kumar, Raveena Tandon
Akshay took to social media to write, “I would’ve definitely been disappointed if any other actor would’ve recreated Tip Tip Barsa Paani, a song which has been synonymous with me and my career and I can’t thank Ratan Jainji enough. At times like these you realise, we may have come a long way but we also go back a long way (sic).”

Choreographed by Farah Khan, the song redux will be shot in Hyderabad. 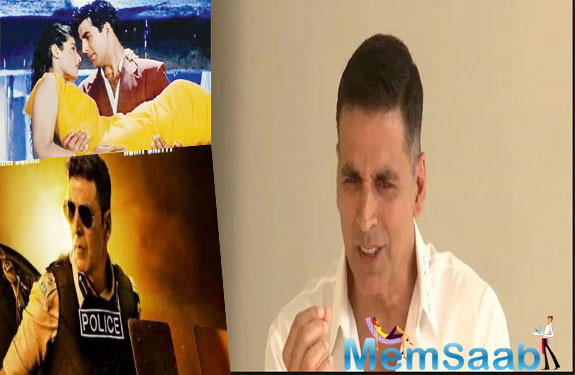 In This Image: Akshay Kumar, Raveena Tandon
Sooryavanshi has been in the news recently for shifting its release date to make way for Salman Khan’s Inshallah on Eid next year.