Just before the release of Housefull 4 the makers hosted a special Pyjama party screening for the entire cast and their families. 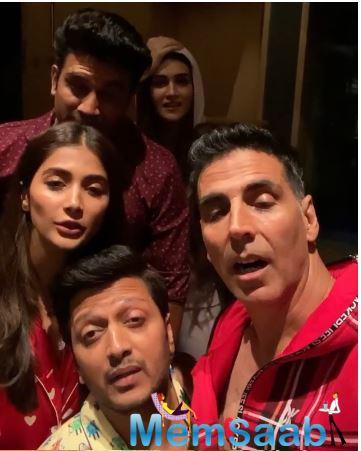 Apart from the cast, Chunky Panday and Ananya Panday also marked their presence at the special screening. 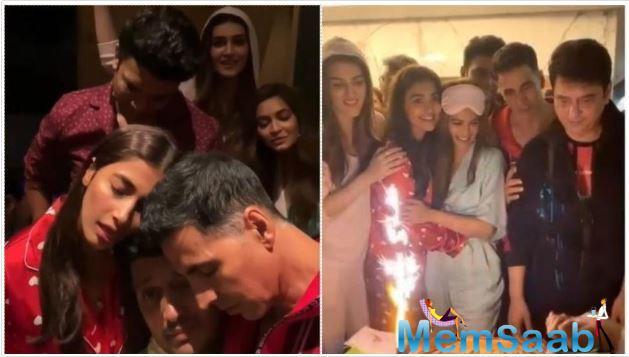 In This Image: Akshay Kumar, Riteish Deshmukh, Kriti Sanon, Pooja Hegde, Kriti Kharbanda
What’s interesting about the screening is the entire cast followed a Pyjama theme which made it look different than the regular screenings. The cast looked adorable as everyone was dressed in tracksuits chilling together at the screening. 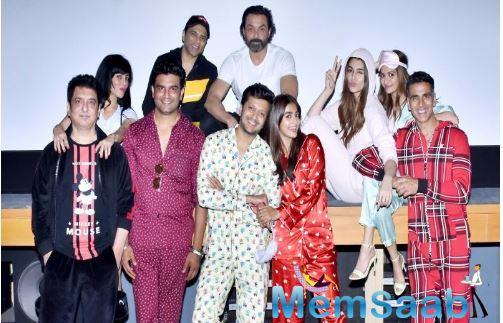