The trailer of AK vs AK dropped on Monday, and the chaotic video shows Anurag Kashyap playing a director who kidnaps Sonam Kapoor, whose father is an actor desperately searching for the daughter. As the search is on, the director films the incidents on camera.

The trailer comes just a day after Anurag and Anil’s “Twitter war” over awards and recognition. 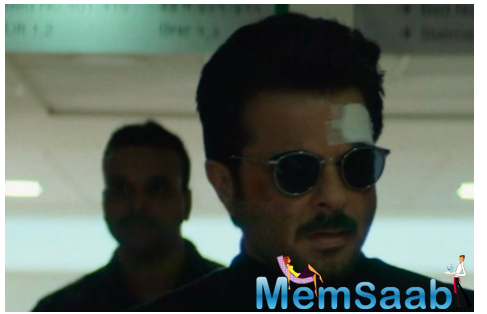 In This Image: Anil Kapoor
The trailer begins with Anil and Anurag fighting during an interview. Things get heated up and Anurag ends up throwing a glass of water on Anil’s face. Then he kidnaps Anil’s daughter Sonam. Anil gets 10 hours to search for his daughter but there are rules that he has to follow. As Anil hits the streets searching for his daughter, the director captures everything on camera.

During a virtual press conference on Monday, Anurag and Anil released two more trailers of the Vikramaditya Motwane directorial.

In This Image: Anil Kapoor
The one unveiled by Anil shows him making fun of Anurag’s work and calling Anurag “biggest fraud in the industry” and a “wannabe Tarantino”. The third trailer released by Anurag has him saying that film is a director’s medium. Anil is also seen asking Anurag to make a film with him, but he does not seem to be interested in working with “Anil uncle”. The film will release on Netflix on December 24.