by Jian Devgan 1 year ago1 year ago
9views
0

Aishwarya Rai Bachchan made a stunning debut in a purple floral smock dress at the Paris Fashion Week on Saturday. She was walking the ramp for designer Giambattista Valli at the show for a cosmetic company. 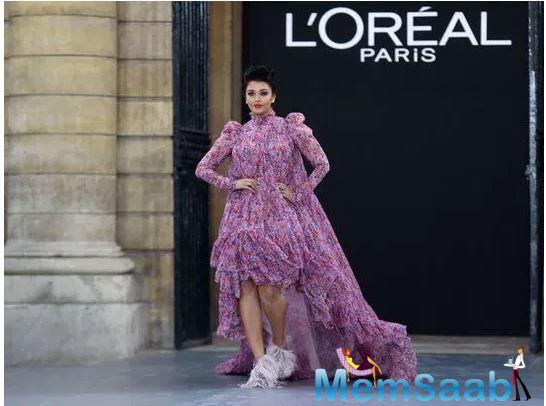 In This Image: Aishwarya Rai Bachchan
Her purple eye shadow and coral lipstick with a bouffant style bun added that extra oomph to the look. Aishwarya has been the ambassador of the cosmetic company for 18 years. She will next be seen in Mani Ratnam’s Ponniyin Selvan, a cinematic adaptation of late Kalki Krishnamurthy’s historical novel with the same name.

Aishwarya Rai Bachchan was last seen in the 2018 movie Fanney Khan, which didn’t do as well as expected at the box office. Ponniyin Selvan’s principal is reported to begin from next year. 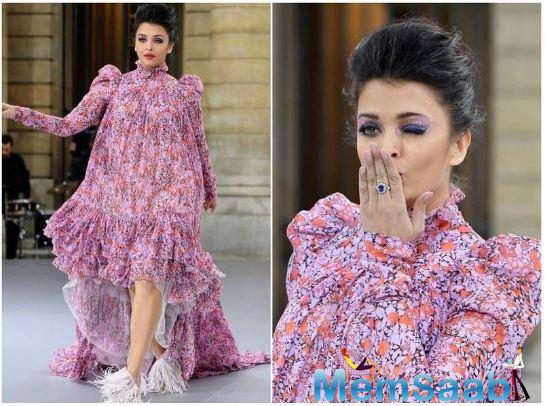 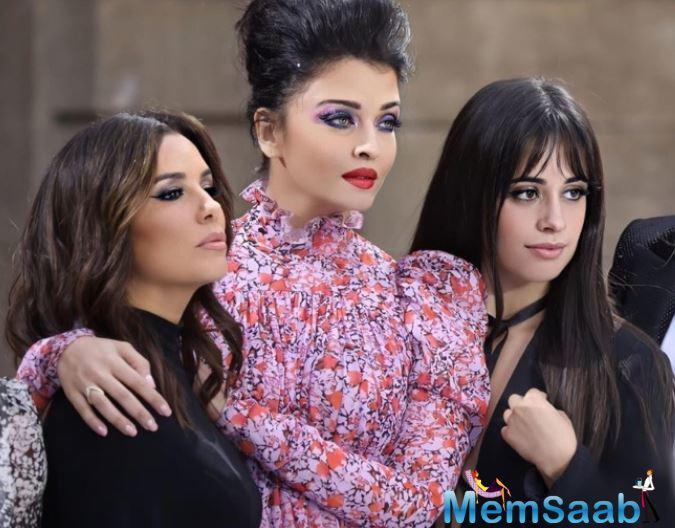 In This Image: Aishwarya Rai Bachchan
Mark Connolly, General Manager at Madame Tussauds Sydney, said, “The pose of the figure is based on her red carpet look at the Robin Hood film premiere at the 63rd Cannes Film Festival in May 2010 and we think it looks spot on! She is only in Sydney until January 2020 so be sure to catch her before she jets back off to Madame Tussauds New York!”