Alia Bhatt and Ranbir Kapoor jet off to New York last week to spend some quality time with each other as well as Ranbir’s family. The Brahmastra stars were also spotted on the streets of the Big Apple as fans posed and clicked selfies with the couple. 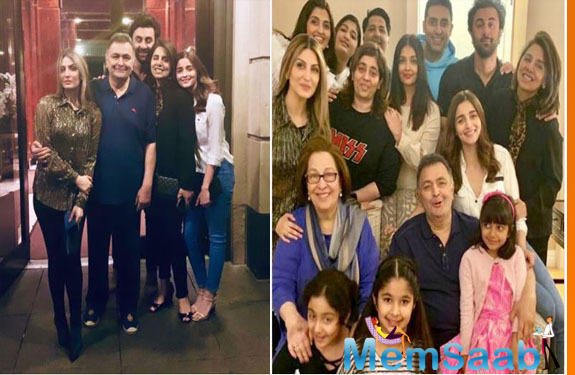 In another picture shared by Riddhima, Rishi, Neetu, Ranbir and Alia are all smiles as they pose for the camera outside a restaurant. 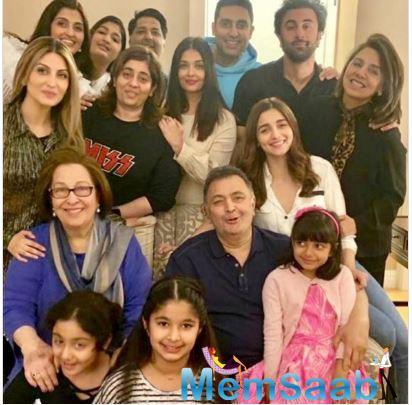 In This Image: Aishwarya Rai Bachchan, Abhishek Bachchan, Alia Bhatt, Ranbir Kapoor, Rishi Kapoor
Rishi Kapoor who had moved to New York along with his wife Neetu Kapoor after he was diagnosed with cancer is expected to return to India by August end. He has been recuperating slowly and steadily. B-town celebs often make sure to visit the veteran star when they are in New York. From Deepika Padukone to Aamir Khan, Neetu Kapoor often shares pictures of their visits with her fans and followers. Alia and Ranbir will be seen in Ayan Mukerji’s Brahmastra which is slated to release next year.