After Recovering from Covid-19, Maniesh Paul is all set to...

After Recovering from Covid-19, Maniesh Paul is all set to re-join Jug Jugg Jeeyo

Maniesh Paul was diagnosed positive with Covid-19 after his co-stars Varun Dhawan and Neetu Kapoor on the sets of Jug Jugg Jeeyo.

While the others resumed shoot a while ago, Maniesh Paul was still observing his quarantine. On Saturday, Maniesh Paul announced he is tested negative with a social media post. 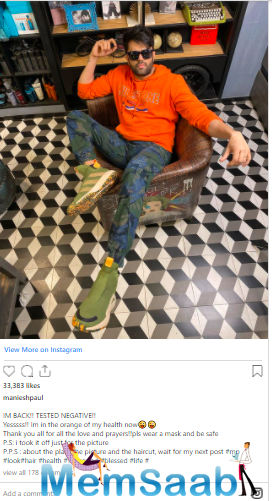 In This Image: Maniesh Paul
Maniesh Paul also got a makeover done posting negative for coronavirus, sharing posts from the same the actor assured, utmost care to be taken during the same. The actor leaves for Chandigarh on Monday to re-start his shoot for Dharma Production’s Jug Jugg Jeeyo. 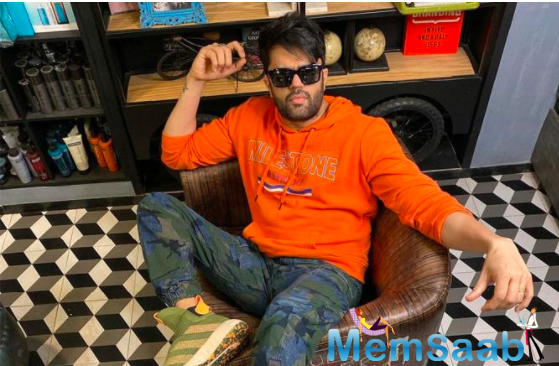 In This Image: Maniesh Paul
Maniesh Paul shot his first scene with Anil Kapoor and Varun Dhawan and had also shared a picture from the sets posing with Varun, Kiara and director Raj Mehta. Directed by Raj Mehta, Jug Jugg Jeeyo is set in North India and began shoot in November, however, the shoot was halted after members from the cast and crew were diagnosed positive with Covid-19.