Priyanka Chopra is rocking and rolling not only nationally but also internationally. From sweeping awards for Quantico to making an appearance at the Oscars, the Desi Girl has proved that there ain’t nobody like her.
After unveiling the gorgeous replica of Priyanka Chopra in New York, England’s Madame Tussauds has got one too. Earlier, when Priyanka revealed her wax statue in New York, the actress has announced her wax statue would be coming to 4 other locations and one of them was London. And here it is! Priyanka gets a wax statue in Madame Tussauds, London.

Talking about her wax statue, Priyanka Chopra’s wax statue is a look sketched of her 2017 Golden Globes appearance. 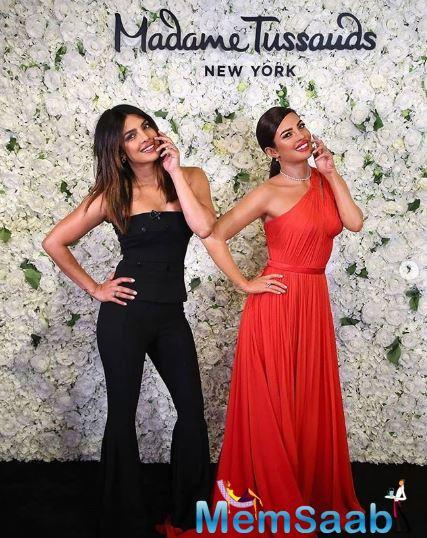 In This Image: Priyanka Chopra
Donning a gold sequin gown by designer, Ralph Lauren with a diamond-studded necklace, Priyanka’s replica is definitely hard to give it a miss and the resemblance looks uncanny. Earlier, Priyanka Chopra has shared her twin look in New York and captioned it, “<– Me when I saw my new wax figure at Madame Tussauds in NYC @nycwax (Coming to other locations soon!!) 4 figures. UK, Australia, Asia coming up! Thank you to the Madame Tussaud’s team.”

A while ago, Priyanka Chopra shared a funny video on her Twitter handle that gives us 5 life lessons but it seems like the actress is taking a dig at the trollers who mocked her for going blouseless. 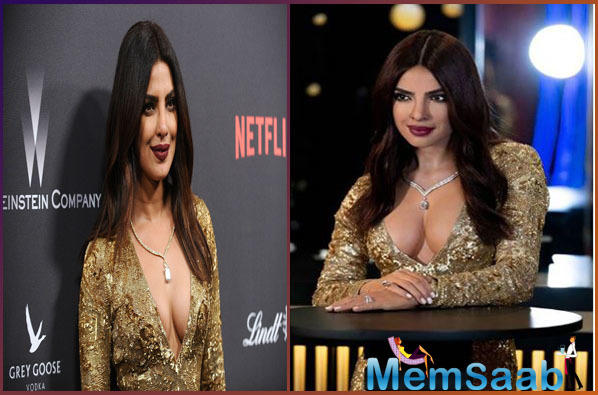 In This Image: Priyanka Chopra
Meanwhile, a few days ago, Priyanka Chopra’s mother Dr. Madhu Chopra celebrated her birthday and on a special day, she was accompanied by her lovely daughter and son-in-law, Nick Jonas. Her mother even shared a lovely picture of them having dinner.

On the professional front, Priyanka Chopra had attended a wrap-up bash for her upcoming film. 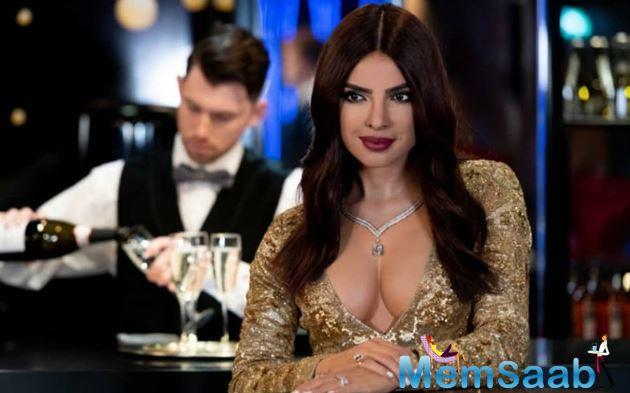 In This Image: Priyanka Chopra
From the wrap-up party, we had got you another very interesting video, which captured a fun banter between Priyanka and The Sky Is Pink producer, Siddharth Roy Kapur. The Sky Is Pink starring Farhan Akhtar, Zaira Wasim and Rohit Saraf.