by Angel Sharma 1 year ago1 year ago
7views
0

Bollywood actors Soha Ali Khan and Kunal Kemmu’s daughter Inaaya Naumi Kemmu is one of the most adored star kids after her cousin Taimur Ali Khan.

Just like him, even Inaaya breaks the internet with her cute antics and adorable looks. Be it her airport pictures to attending big brother Taimur’s birthday, Innaya surely grabs the attention. 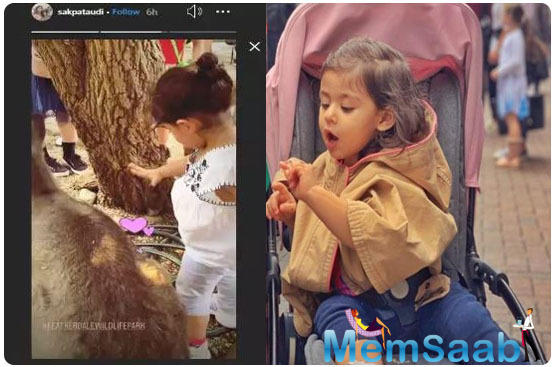 In This Image: Inaaya Naumi Kemmu
The cutie is currently having an amazing time in Australia with her parents. It seems the family will be celebrating the New Year there, the pictures and videos which are on social media suggest so.

Yesterday, Soha shared the cutest video of Inaaya as she was feeding a baby kangaroo on her story. 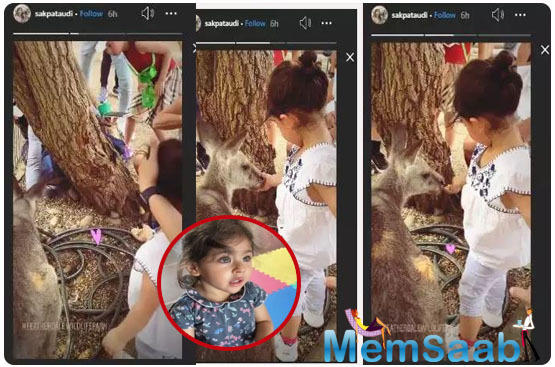 In This Image: Inaaya Naumi Kemmu
In the video, Inaaya can be seen feeding the food without any fear and she could be seen enjoying it. Here are some snaps from the video. On the work front, Kunal, who was last seen in ‘Kalank’ starring Varun Dhawan, Alia Bhatt, Sonakshi Sinha, Sanjay Dutt, Aditya Roy Kapur and Madhuri Dixit, is all set for his upcoming release ‘Malang’. Directed by Mohit Suri, the film stars Disha Patani, Aditya and Anil Kapoor. The film is slated to release in February 2020.