Anupam Kher, who will next be seen as former Prime Minister Manmohan Singh in upcoming film The Accidental Prime Minister, on Wednesday revealed the first look of actors Arjun Mathur and Aahana Kumra as Congress President Rahul Gandhi and his sister Priyanka Gandhi respectively.

Anupam took to Twitter to share a photograph from the set in which the he can be seen as Manmohan Singh while Arjun and Aahana donned the looks of Rahul and Priyanka Gandhi. 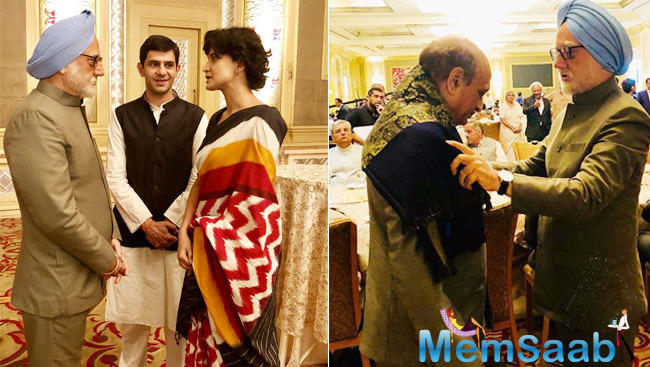 In This Image: Anupam Kher
“Introducing Arjun Mathur as #ShriRahulGandhi and Aahana Kumra as #MsPriyankaGandhi in our movie The Accidental Prime Minister. @TAPMofficial #OathCeremony #2004 #VijayGutte #SunilBohra,” Anupam captioned the image.

This film is directed by debutant Vijay Gutte and written by Hansal Mehta, the flick is all set to hit the theatres on December 21, 2018. 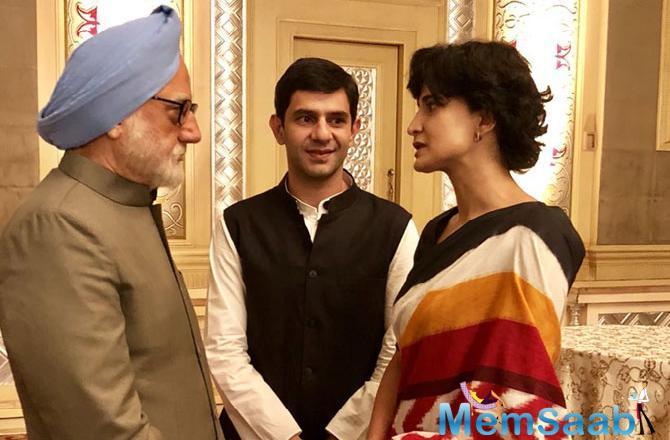 In This Image: Anupam Kher
It also features Akshaye Khanna, who will play Baru, and Suzanne Bernert, who will portray former Congress president Sonia Gandhi, among others. Based on the 2014 memoir of the same name, written by Dr Singh’s media adviser Sanjay Baru, the film revolves around the life of Dr Singh, the economist and politician who served as the Prime Minister of India from 2004 to 2014 under the United Progressive Alliance.