Abhishek Sharma on Zoya Factor: Everyone in the world is...

by Naved Qureshi 1 year ago1 year ago
0views
0

Abhishek Sharma on Zoya Factor: Everyone in the world is superstitious

The film, an adaptation of Anuja Chauhan’s novel of the same name, revolves around Sonam Kapoor’s Zoya and who becomes the lucky charm of the Indian cricket team, which is led by Nikhil Khoda (Dulquer Salmaan). Initially happy to be the lucky mascot, Zoya finds herself in a tough spot when people start looking up to her for every win in the game.

The film, he said, depicts how people resort to such things as a way of cope with their failures. 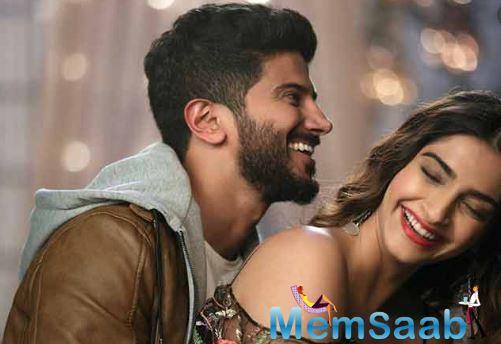 In This Image: Sonam Kapoor, Dulquer Salmaan
“Luck and superstition come into play when you do not find any reason. I don’t believe in luck. Somewhere luck is an excuse for failure or when we can’t explain certain things.”At the end of the day, it is all about hard work. If you are extremely successful, hard work has to be the reason and not luck. There are coincidences and opportunities. Fortune favours the brave. Hard work takes you to places. It is wrong to put everything on luck and superstition,” Sharma told PTI in an interview.

He, however, said it would be wrong to call India a country of superstitious people when every nation has its own set of myths, customs and traditions. 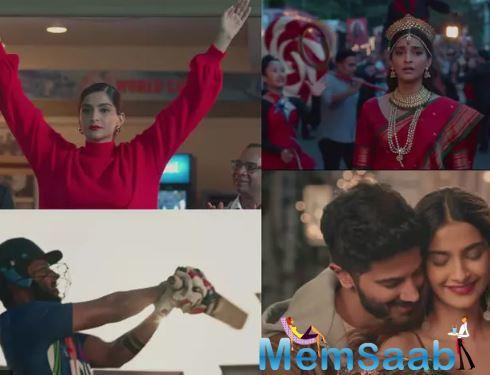 In This Image: Sonam Kapoor, Dulquer Salmaan
“It will be too critical and unjustified to call India that, the world overall is superstitious. India has a lot of cultures because of which sometimes there is ritual superstition. But it is also the land of Gita which talks about work. “In the film, we have presented two things – hard work, and luck and superstition. It is clash of both of these worlds and towards the end you will see which side comes out as victorious.” Sharma said the film’s leading lady Sonam was his “lucky charm” in the sense that she completely owned the role. “She is one of those actors who can shoulder a female oriented script. She was an obvious choice,” he said.

Coming off from a film like “Parmanu: The Story of Pokhran”, his 2018 directorial about India’s Pokhran-II nuclear tests, Sharma was happy to return to the genre of comedy. 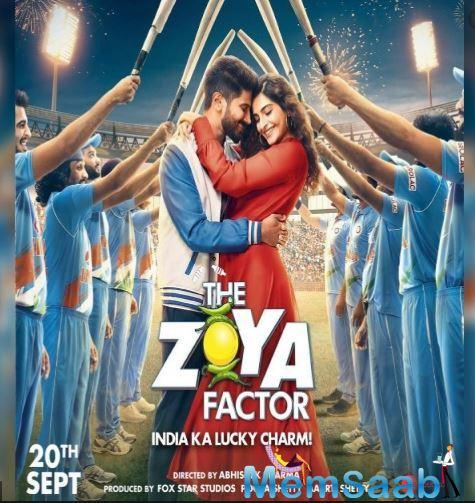 In This Image: Sonam Kapoor, Dulquer Salmaan
“It gets more difficult when you try different genres, which I want to do. Comedy is a comfort zone, it is like a warm blanket but I want to get into winter nights and try something new,” he said. “The Zoya Factor”, he said, gave him a chance to explore romantic-comedy. “I have never handled romance, so this was a great experience. I have added a satirical element in ‘The Zoya Factor’ because the concept is such: hard work versus superstition.” The director, who has worked on films such as “Tere Bin Laden”, its sequel “Tere Bin Laden: Dead or Alive” and “The Shaukeens”, said making light-hearted films can be a tricky job.

Produced by Fox Star Studios, Pooja Shetty and Aarrti Shetty, “The Zoya Factor” also stars Angad Bedi and Sanjay Kapoor in pivotal roles. It will the hit screens on September 20. 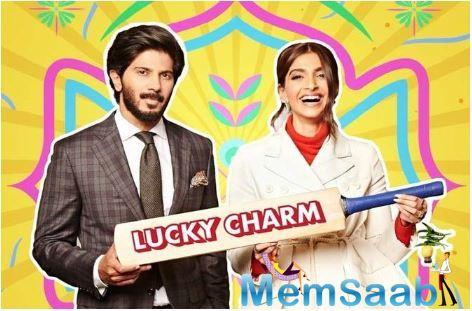 In This Image: Sonam Kapoor, Dulquer Salmaan
“I enjoy the space of satire. You can say something in a satirical manner as it makes you laugh and makes you think as well and doesn’t offend people. “Comedy, by its nature, is offensive to a certain degree but I don’t think we are so intolerant. I feel the Central Board of Film Certification (CBFC) is more liberal than before. We overdo it sometimes. What kind of stuff gets trolled or gets embroiled into issues, could be because the tone is not right and it can offend someone. We have to be responsible as artistes.”