On the evening of his 74th birthday, Amitabh Bachchan has embarked on yet another challenging part. 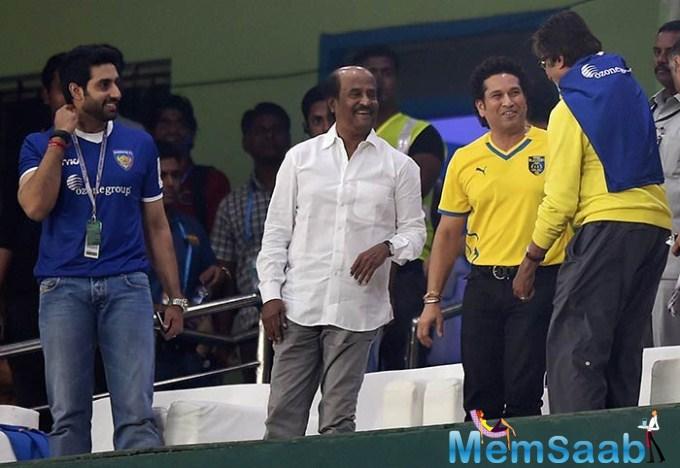 In This Image: Abhishek Bachchan, Amitabh Bachchan, Rajinikanth, Sachin Tendulkar
This fourth dimension as the well-known football coach Vijay Barse, who helped hundreds of underprivileged kids achieve their goals, in Nagraj Manjule’s next.

Though as a coach, Big B won’t be required to play football on screen, he does need to be clued in to the game’s nitty-gritty. 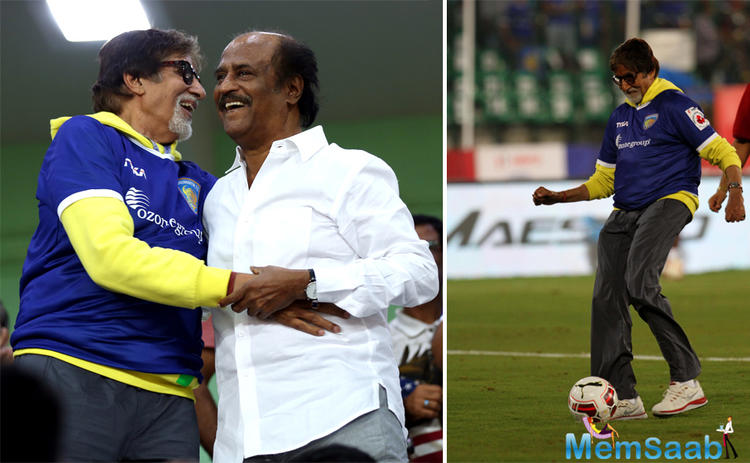 In This Image: Amitabh Bachchan, Rajinikanth
And who better equipped to give him some critical tips on football than his son Abhishek? A diehard football aficionado and a passionate player, Abhishek will now call for some time off to teach his Pa the game.

Reads a source close to the family, “A young Big B played football while he was working in Kolkata. 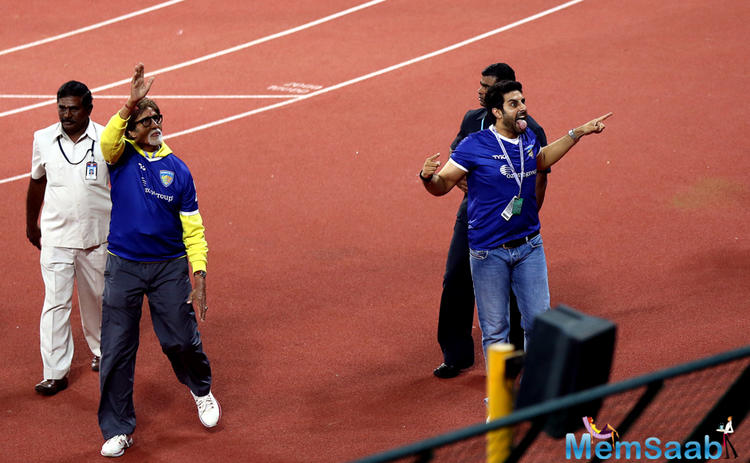 In This Image: Abhishek Bachchan, Amitabh Bachchan
But that was many years ago. Abhishek is very much into the game. Big B can get no better sports coach than his son.”