Aayush Sharma is gearing up for his next outing

Aayush Sharma is gearing up for his next outing

Aayush Sharma is gearing up for his next, ‘Antim: The Final Truth’, which will be directed by Mahesh Manjrekar. The film, which stars Salman Khan, will release next year. In fact, the film was in the news recently after Salman’s look was leaked. Dressed in a black shirt and a full beard in the image that went viral on social media, the actor is reportedly playing a Sikh man in the film. Aayush is said to be playing a gangster in the project, and has already beefed up for his role. The script will pitch him against Salman, who is playing a cop in it. Initially, there were reports that Avika Gor had been signed on to play Aayush’s love interest. However, now it is being reported that TV actress Mahima Makwana has replaced her.

Aayush made his big screen debut in 2018 with ‘Loveyatri’, which also starred Warina Hussain. 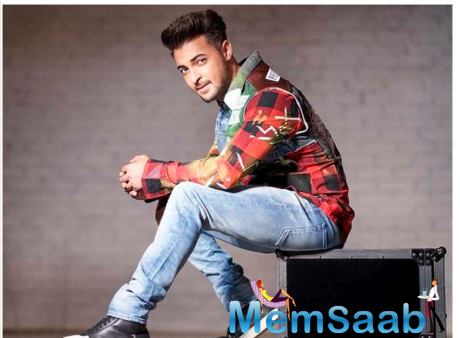 In This Image: Aayush Sharma
Apart from ‘Antim: The Final Truth, he also has a film with Isabelle Kaif in his kitty. Isabelle, who is Katrina Kaif’s younger sister, has been waiting to make her Bollywood debut for a while now.

During the lockdown, Aayush and his wife Arpita Khan-Sharma, along with their two kids- son Ahil and daughter Aayat – spent a lot of time at Salman’s farmhouse in Panvel. 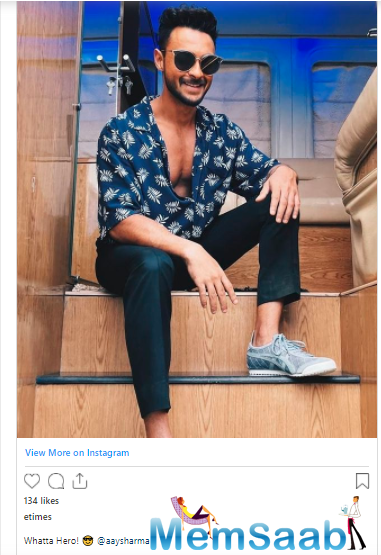 In This Image: Aayush Sharma
The couple recently celebrated Aayush’s birthday with an intimate dinner party with just close friends in attendance.