Aamir’s daughter Ira shares childhood picture, and calls herself as...

Aamir Khan’s daughter Ira Khan, who is often away from the media, but her posts on social media are quite viral. After sharing with her fans some classy photoshoot pictures, Ira Khan dipped into her family album and fished out a throwback picture of her childhood.

In the picture, a cute little Ira can be seen celebrating Christmas with her father Aamir Khan. 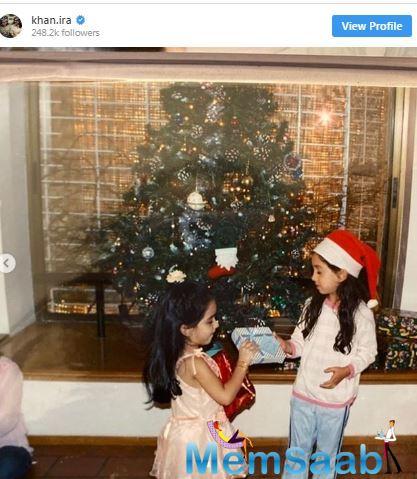 In This Image: Ira Khan
Ira looks sweet and charming in a red Santa cap paired with a white t-shirt and grey trackpant. On the other hand, Aamir is dressed in a black tee and denim shorts. But, his long hair and moustache make him unrecognisable. Sharing the picture, Ira wrote, “Santa’s helper. I even have the ears for it!… #throwback #christmas #missing #santashelper #elf #elfears #fashiondiaster #film #nostalgia.”

Ira is Aamir’s daughter with his first wife Reena Dutta, with whom he also has a son named Junaid. The star daughter has also been trying her hand at modelling and has been sharing some chic photos on social media. 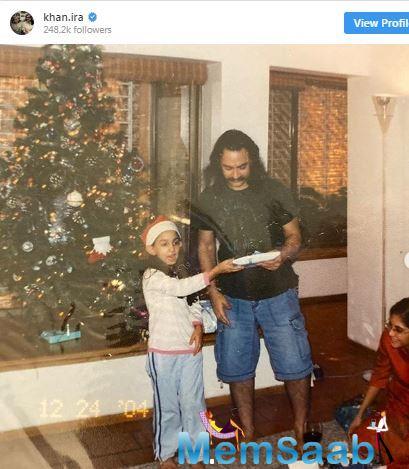 In This Image: Aamir Khan, Ira Khan
For the unversed, Ira has made her directorial debut with a theatre production titled Euripides’ Medea. The play is an adaptation of Euripides’ Greek tragedy Medea and stars Aamir’s son Junaid Khan and actress Hazel Keech among others. Euripides’ Medea revolves around Medea, whose husband Jason leaves her for a Greek princess of Corinth. She takes revenge by murdering Jason’s new wife as well as her own children, after which she heads to Athens to start a new life.

On the professional front, her dad, Aamir Khan will be seen opposite Kareena Kapoor Khan in Laal Singh Chaddha, which is an official adaptation of the Hollywood film, Forrest Gump. 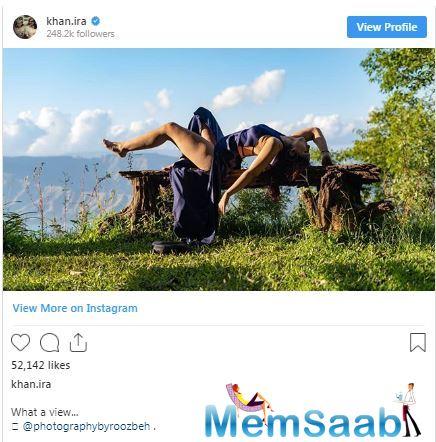 In This Image: Ira Khan
The film is written by Atul Kulkarni, helmed by Secret Superstar fame, Advait Chandan and co-produced in association with Viacom 18 Motion Pictures.