Ever since Ranveer Singh started shooting for his upcoming film ’83, he has been treating his fans with intriguing pictures from the sets. 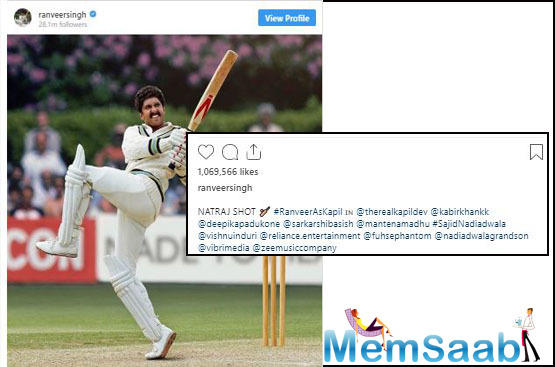 In This Image: Ranveer Singh
Be it revealing his look as Kapil Dev on his birthday to sharing fun BTS snaps via social media, the actor has been nailing every move. The makers wrapped up the film in October. In the latest still shared by Ranveer, he literally hits the ball out of the part as he is seen recreating Kapil Dev’s iconic shot.

Knowing to be getting into the skin of the character, Ranveer Singh has recreated Kapil Dev aka Haryana Hurricane’s famous Natraj shot. 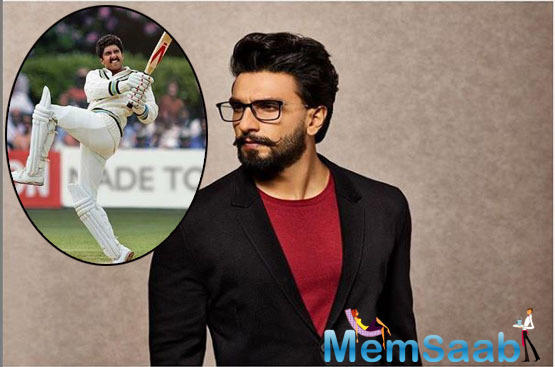 In This Image: Ranveer Singh
The Gully Boy actor took to social media and shared a new still has left us surprised. As the first look of the actor gave a glimpse of him displaying uncanny resemblance to the cricketer, now the credit of the latest still also goes to makeup artists who have done everything to make his look like Kapil Dev.

Earlier, ’83 director Kabir Khan revealed to a leading section of media, Ranveer Singh broke down while shooting the the victory scene in the film. 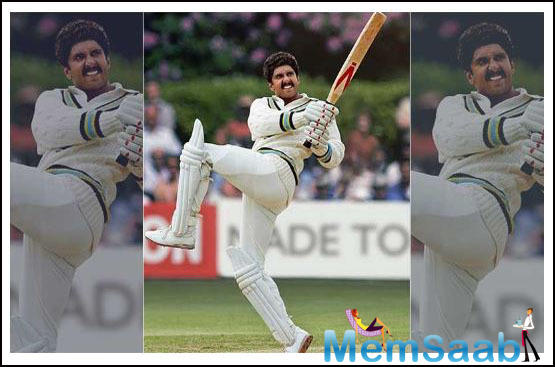 In This Image: Ranveer Singh
It all had happened, when Ranveer was given the real World Cup trophy which was then won by the legendary cricketer himself, Kapil Dev, instead of a replica. The film also stars Ranveer’s real life wife Deepika Padukone, who will play on-screen wife in ‘83. The actress will portray Kapil Dev’s wife, Romi Dev in the film.