8 Years of No One Killed Jessica: Would love to...

8 Years of No One Killed Jessica: Would love to cast Rani & Vidya in a film again: Raj Kumar Gupta

8 Years of No One Killed Jessica: Would love to cast Rani & Vidya in a film again: Raj Kumar Gupta

In This Image: Rani Mukerji, Vidya Balan
The movie directed by Raj Kumar Gupta is a 2011 Indian biographical thriller based on the controversial Jessica Lal murder case. No One Killed Jessica received six nominations at the 57th Filmfare Awards, including the Filmfare Award for Best Film and the Filmfare Award for Best Actress. Rani, in fact, won the Best Supporting Actress award at the Filmfare awards for her performance in the movie. As the movie complete 8 years today, we got in touch with Raj Kumar Gupta who spoke at length about the movie. Over to the director.

It has been 8 years since No One Killed Jessica released. In 2011, it was one of the hit films. Now that you look back how do you see your journey with the film and the cast and the crew? 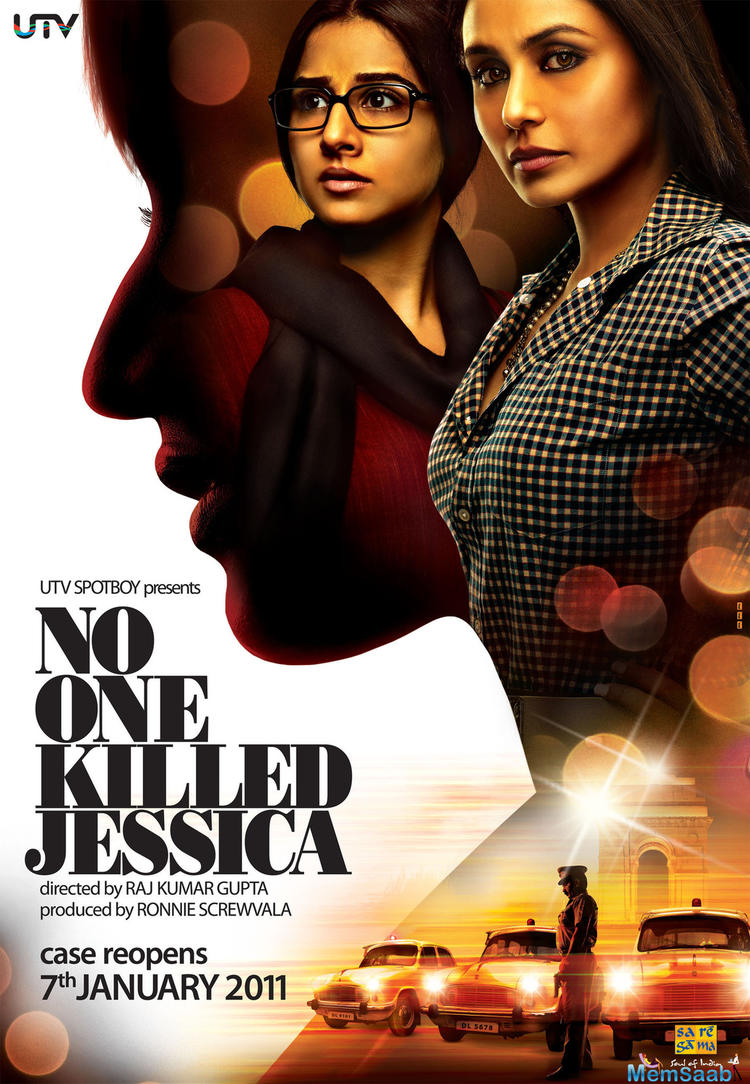 In This Image: Rani Mukerji, Vidya Balan
No One Killed Jessica was a special film not only for me as a writer and director but also for the cast and crew. As we all know It was inspired from real life – It was an incident that has an emotional resonance when it happened and lot of people felt strongly about it. Country felt strongly about it. We all felt a sense of responsibility while making the film. The journey of making it was not easy but in the end, it turned out the way we wanted it to and it changed a lot of things for a lot of people involved in the film. As a writer-director, I was happy that I was able to bring this incredible story of injustice, struggle, hope and triumph on the big screen.

If there is one thing you would want to change in the film what would that be and why?

In This Image: Rani Mukerji, Vidya Balan
It’s a very difficult question to answer- When I look back at any of my films – in this case NOKJ, of course, there are things that I feel I would like to change to make it better. BUT the tricky thing is it worked because of whatever is there in terms of writing, performances, storytelling the way it has been handled technically and craft wise. Maybe anything better or worse would not have worked as it worked. So it will always be a tricky question to answer.

It was a big feat to get two leading ladies of the film industry together in a film with equal screen space… we hardly get to see that today… barring a few films… why do you think this is the case?

In This Image: Rani Mukerji, Vidya Balan
Yes the casting of this film was not an easy journey. I was happy that I was able to bring Vidya and Rani together on this film. They both fell in love with my script and trusted my vision as a director. It’s true that getting one star in difficult today getting two would be quite a task:) – It is very difficult to guess why it doesn’t happen more and why do we don’t have films with brilliant actors sharing equal spaces. Our actors also need to look at characters from different POV. In Hollywood actors do even smaller parts if they feel the character is great and they love the script and they would have any to be part of the film. It also shows how confident and secure they are about themselves. We rarely see that happen in our industry. I guess that has to happen here. Also as writer-directors, we need to write strong characters and stories which can motivate them and inspire them to be part of such stories. The effort and eagerness should be from both sides.