Rangoli started off by praising Kareena Kapoor for her positive comments 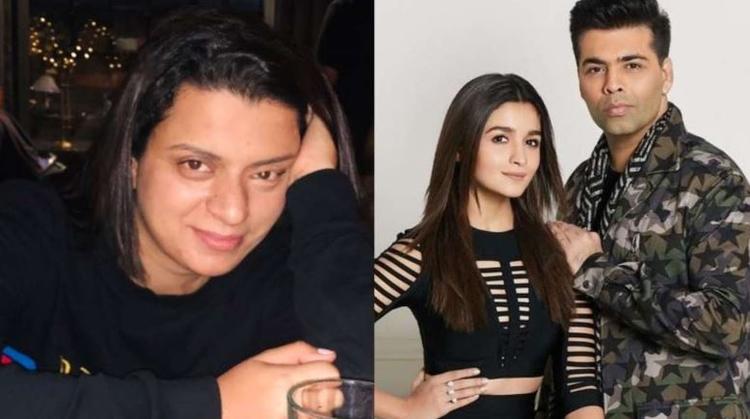 In This Image: Rangoli Chandel, Alia Bhatt, Karan Johar
Rangoli started off by praising Kareena Kapoor for her positive comments about Kangana. Rangoli tweeted, “Appreciate Kareena ji for working with the likes of papa jo having good friendships with movie mafias yet she never demonised or ignored Kangana’s contribution to cinema, says what she feels, true blue star, beta alia ananya and all papa jo changu Magnus leant something from her.

The way you treat others get ready to be treated the same way: Rangoli Chandel 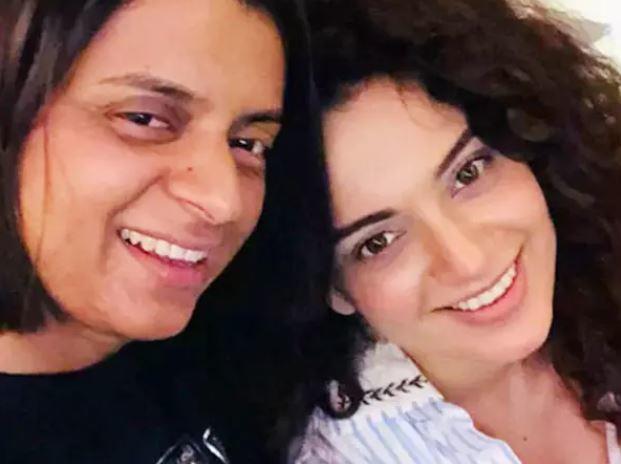 In This Image: Kangana Ranaut, Rangoli Chandel
She further added, “The way you treat others get ready to be treated the same way, give respect get respect, stop targeting Hindu martyrs’ films and give them their due.” After bashing them, the star sister also announced that Kangana will soon be bringing back the lost glory of Bharat with her next film, ‘Ayodhya’ which she will also be directing.