Riot in Capitol Hill - What Happened to Democracy? 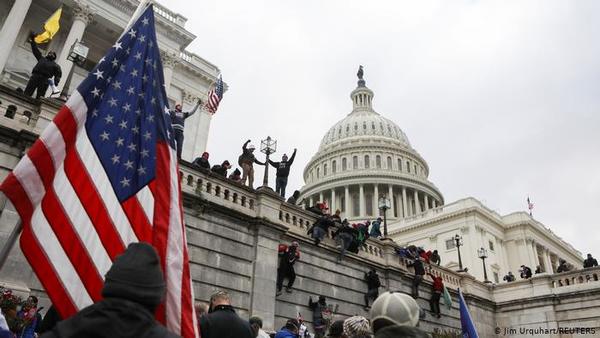 The storming of the US Capitol building in Washington DC stunned viewers around the world. US President Donald Trump’s unyielding efforts to reverse the results of the 2020 election took a dangerous turn Wednesday, when an armed and angry mob of his cliques stormed Capitol Hill and clashed with police just as Congress summoned to validate Joe Biden’s presidential win.

A woman was gravely shot in the violence that supervened as pro-Trump protestors breached barricades and advanced into the halls of the Capitol building, smashing windows and fought with police officers in what is widely being considered one of the worst security breaches in US history.

The mayhem appears to have deepened the divide within the Republican Party, with several leaders pointing a finger at Trump for stirring violence by commending his supporters to reject the results of the presidential election.

The Capitol in Washington DC was placed under lockdown Wednesday after hundreds of Trump supporters stormed the historic building and inflicted devastation in an attempt to stall the certification of the election results. The protesters wandered through the halls freely, some even entering and raiding the offices used by House Speaker Nancy Pelosi and other lawmakers. But the lawmakers from the Senate and the House of Representatives had already been evacuated.

Police attempted to retaliate with tear gas, but were heavily outstripped and overwhelmed by the mob. Well, we are shocked and surprised to witness something so provocative in Capitol Hill. The democracy in America is certainly questionable. What do you think about the mob riot in Capitol Hill?

Ivanka Trump Has a Witty Rejoinder for Diljit

Donald Trump beat Hillary Clinton, now he is the 45th President of USA

Obama Vs Romney: Round 3