Rakhi Sawant and Arshi Khan Overshadow Everyone Else in BB14 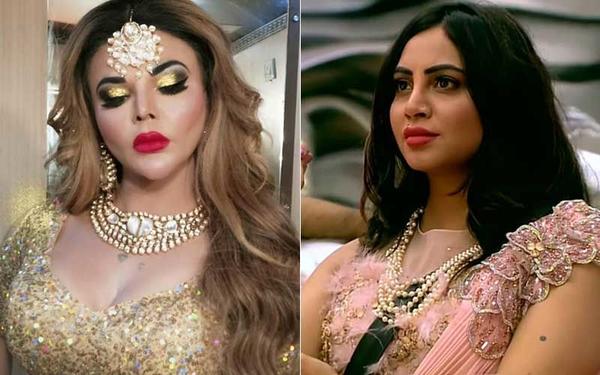 BB14 is full of controversies and exposure of personalities. While contestant Rubina Dilaik is one the very who has managed to leave the viewers in splits since the beginning, the fans have decided who are the biggest entertainers of Bigg Boss 14. If we go with the recent episodes, Rakhi Sawant and Arshi Khan are overshadowing everyone inside the BB14 house.

Rakhi Sawant and Arshi Khan’s stint in Bigg Boss 14 has managed to amaze the viewers. They took to Twitter to extol Rakhi and Arshi for entertaining them with her antics like never before and expressed how they wanted her to become the captain.

Rakhi and Arshi not only entertained viewers and housemates with their humor, but also won hearts and left many in splits. While Rakhi was unmissable during the last few episodes, in Bigg Boss 13, Arshi was declared as one of the best entertainer of the season by Shehnaaz Gill.

Well, we are not surprised seeing Rakhi and Arshi making the most out of show. To get more fun and entertainment, keep watching the latest episodes of BB14.

Is Rakhi Sawant a Serious Contender for the BB14 Trophy?

Rakhi Wins Captaincy Task as Families of Housemates Vote for Her

Will Challengers Be Able to Revive the Dismal Ratings of BB14?

Controversial Contestants from Previous Seasons Roped in To Save BB14

What is Arshi Upto These Days?