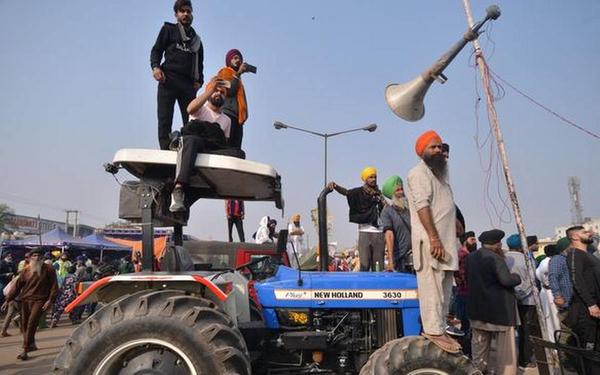 The Bharat Bandh called by farmer organizations on Tuesday had no visible impact on trade, transport or other commercial activities.

The farmers from Punjab, Haryana and western Uttar Pradesh, who have been whisking over the “black laws” since November 26 at several borders of the national Capital, called for the ‘Bharat Bandh’ on Tuesday. However, no impact was felt at markets, banks, stock exchange or even airports across the country.

Normal operations were reported from markets in Delhi, Mumbai, Bengaluru and other places. Among sectors, state-run banks operated normally without major impact of the Bharat Bandh. Bank unions, however, decided to put on black badges in support of farmers’ call of repealing the three laws.

Officials with major public and private sector banks said that they have sent advisories that although operations are meant to be normal, decisions by bank branches should be taken at the local level after gauging the situation. In terms of transport, air and road sector operations remained normal. An Airports Authority of India Spokesperson said that operations were not affected at any of the airport across the country. Operations at the Delhi airport ran smoothly with flights being operated on schedule. Airlines said that most of the flights operated on schedule. Traders claimed that no effect was witnessed on commercial activities across the country.

Well, it is certain that Bharat bandh called by farmers had no impact in the day to day business today.

2 of 4 Demands Resolved in Government's Talks With Farmers

Salman Khan drops a hint alluding to the farmers' strike

Meryl Streep's speech at an Award Function is a Must Watch!

A Watermelon You Can Gift To Your Beloved!