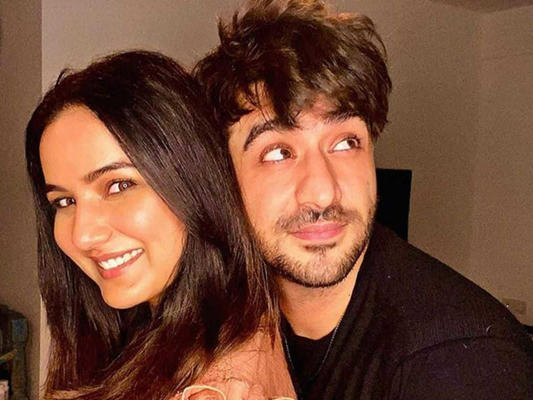 Aly Goni and Jasmin Bhasin played together for the immunity task and no points for guessing who won and who's eliminated now. Actor Aly Goni is the latest contestant to have got evicted from Bigg Boss 14 as the show approaches its finale week.

The actor, who entered the show as a wild card entry will be leaving the house in tonight’s episode, making his partner Jasmin Bhasin one of the four finalists of the season. As per a Twitter handle, The Khabri, which is known for giving all the latest updates from Bigg Boss house, Aly is the one who will be eliminated from the house. The tweet read, "Yes, it's Confirmed! #AlyGoni is out of the House."

Meanwhile, a source shared an information that housemates will be given a task post which a contestant will be eliminated. "The task would be performed in pairs, where each one's lives will depend on the other. However, only one among the two will get a chance to move ahead." If Aly's eviction news is true then Jasmin will reportedly be going to the top four as she would be paired with Aly in the task. Eijaz Khan is already in the finale week after winning immunity stone.

The journey for contestants in the Bigg Boss 14 house is going to get rougher now, as the show has reached a vital stage. The BB 14 finale week has begun, and tonight housemates will get the 'first big shock' as one inmate will have to leave the house. Yes, it is time for the first eliminations of the BB 14 finale week, and it will be extremely difficult for BFF's Aly Goni and Jasmin Bhasin.

Ali Zafar has been replaced by Tahir Bhasin in 'Dear Zindagi'

Tahir Raj Bhasin praised on Sonakshi Sinha, saying that she is an "absolute rock star."