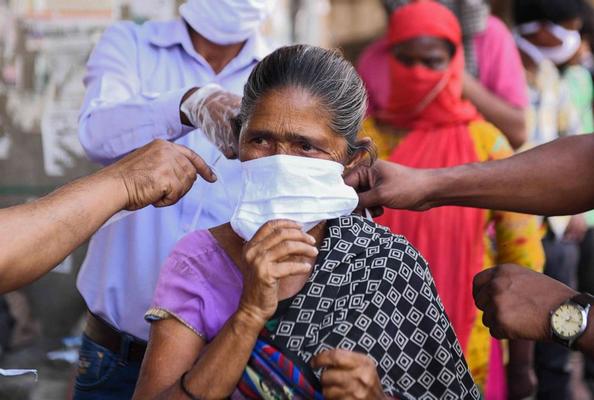 The number of new coronavirus infections in India has jumped 18% recorded with 45,576 recorded in the past 24 hours, according to government data. That takes the overall figure to 89,58,483 since the outbreak in January. Up to 585 people died of the disease since yesterday, the overall number till now being 1,31,578. Up to 4.43 lakh active cases remain in the country.

The count of cases that has upsurged in the recent times is majorly from the northern side of India. Delhi recorded 7,546 fresh COVID-19 cases on Thursday, taking the infection tally in the national capital to over 5.1 lakh, even as 98 more fatalities pushed the count to 8,041, authorities said.

Delhi has seen an alarming spike in recent weeks, recording more new cases than any other state. It comes as large strips of northern India confront a winter season and dangerously high levels of air pollution - two factors that could significantly worsen efforts to control the virus, according to experts.

The rising numbers also coincide with a busy festival season in India, with Hindus celebrating Diwali this weekend. Delhi has banned the sale and use of fireworks and officials have reinforced the need for social distancing, but visuals of crowds thronging markets in the city have caused alarm. Authorities found a high positivity rate among shopkeepers in some of the oldest markets, which are at risk of becoming hotspots.

Well, it is now important that the government comes up with new strategies to control the spread of the virus.

How Delhi Managed to Reduce Corona Virus Cases So Dramatically?

Mumbai Is a Coronavirus Hotspot - What Will Happen After Lockdown Ends?

Spain Has Highest Number of COVID-19 Deaths in a Day