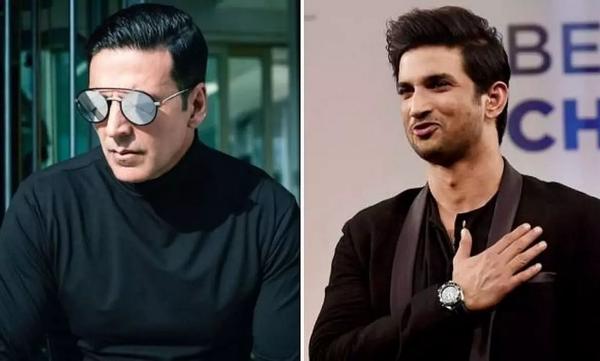 Actor Akshay Kumar has served a denouncement notice to a YouTuber from Bihar, seeking ₹ 500 crore in damages for making "false and baseless allegations" against him in the Sushant Singh Rajput death case.

Rashid Siddiqui, a YouTuber from Bihar, named Akshay Kumar several times in his videos and steamrolled various allegations against the actor. In one instance, Siddiqui claimed that Akshay was unhappy with Sushant Singh Rajput getting big films like MS Dhoni: The Untold Story, and suspected that the actor had "secret meetings" with Aditya Thackeray and the Mumbai Police. In his videos, Siddiqui had also allied Akshay with the late actor Sushant's girlfriend, Rhea Chakraborty, claiming that the actor helped her escape to Canada.

Akshay Kumar has sued the YouTuber for making "false and baseless allegations" against him and the Bollywood superstar has sought an unconditional apology as well as removal of objectionable videos from his channel.

The notice, as per PTI, sent by the law firm on behalf of Akshay Kumar says, "...because of your (Siddiqui's) scandalous, defamatory and derogatory videos, he has suffered mental trauma agony and huge loss, including loss of reputation and goodwill, which our client quantifies at Rs 500 crore."

Siddiqui has been given 3 days to take action as requested by the notice failing which legal proceedings will be initiated. Siddiqui has been granted anticipatory bail by the court and it has asked him to cooperate with the police in the investigation.

Nawazuddin Siddiqui opens up on his divorce battle: I hope to fulfill responsibilities towards my kids

Akshay Kumar: Drug problem exists in Bollywood but not everyone is involved

Finally, Nawazuddin Siddiqui reacts to allegations by estranged wife Aaliya Siddiqui with a notice for fraud and defamation

Akshay Kumar On the Sets of Oh My God