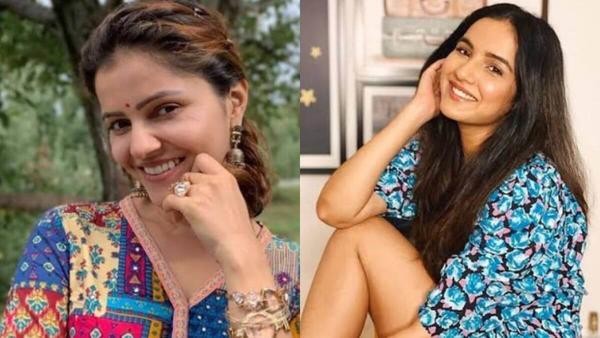 Bigg Boss 14's latest episode saw a heated argument between close friends of BB 14 Jasmin Bhasin and Rubina Dilaik. During the Galatfaimi Ke Gulab Jaamun' (about misunderstanding) task, Jasmin barbed out in front of all the housemates that Rubina has a dominance complex and that she think she is playing the game in a very well behaved manner. But that is not the case. Rubina did not appreciate this and during her turn she articulated her disappointment about the same.

The Shakti actress stated that she considered Jasmin her friend and did not expect something like this from her. She further added that they had already had a conversation about the same two days ago and she had given a very immaterial answer to her. Rubina also said that it was not the right time to say this and she has felt very bad about it. Jasmin justifies saying that the show is such that they need to discuss things openly. She apologizes to Rubina, but the latter says it's not needed.

In the night, Jasmin and Rubina sat in the night to discuss and sort out the matter. Rubina made it very clear that she is upset about the entire episode and she needs time to get over it. It seems like a split is in the corner between Rubina-Abhinav and Jasmin-Aly. In the coming episodes we are certain to see the best friends going against each other soon.

Celebrities in this Article: Rubina Dilaik

Rubina Dilaik Takes Panga With Salman, Calls Him Out for a Joke He Made

Deepika reveals she was molested at age 14, her reaction to it will make you laud her

Tahir Raj Bhasin praised on Sonakshi Sinha, saying that she is an "absolute rock star."

What is Arshi Upto These Days?