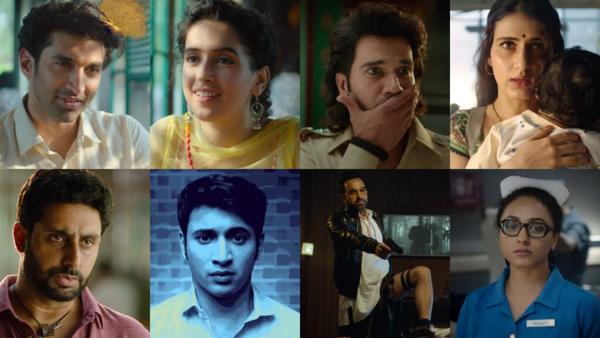 While many of them make an imprint in their own story, Pankaj Tripathi seems to have grabbed Desi netizens attention in particular. While the other four are the "pieces" of a Ludo board, Pankaaj Tripathi is possibly the dice: the one that rolls and is the common connection between the four.

Since the movie released on Netflix, people cannot seem to stop talking about Pankaj Tripathi in it. One user tweeted, “Just watched #Ludo what have u guys done man. What a package it is. Man I just can’t describe it in words. I highly recommend it to watch. There is thrill, comedy, romance everything. Loved it @TripathiiPankaj… sir meri taraf se ek chummi aapko. Je baaaaaat.”

The film revolves around the lives of four people who cross paths with each other due to a twist in their fate. The main characters’ lives intersect creating a bigger twist and much more confusion. The plot of the film revolves around a reemerged sex tape to a rogue suitcase of money and four wildly different stories overlap at the whims of fate, chance and one unconventional criminal. The film is produced by Anurag Basu and Bhushan Kumar and features music by Pritam.

Pankaj Tripathi: Good art is created when society is in crisis

Shraddha Kapoor: Pankaj Tripathi brings everyone together on sets