Like All Good Things, Mere Dad Ki Dulhan Comes to an End! 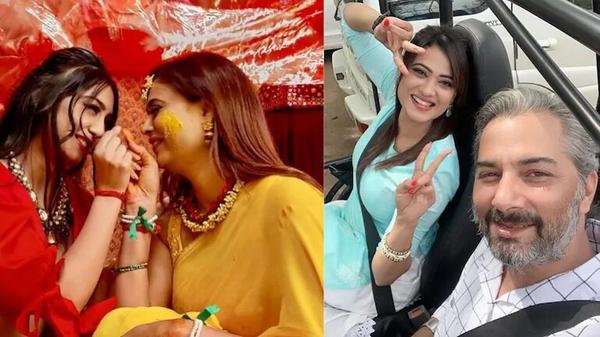 Shweta Tiwari and Varun Badola-starrer television serial Mere Dad Ki Dulhan is coming to an end. On Sunday, Varun took to his Instagram account to update his fans and followers that the show will be off air soon and talked a little about his journey as Ambar Sharma on the show.

Yes, the show which stars a stellar cast including Varun Badola, Shweta Tiwari, Anjali Tatrari, Vijay Tilani among others, wrapped-up the shoot yesterday and the show will telecast its last episode on 19 November.

Varun Badola shared a long note with a picture himself with his co-star, Anjali Tatrari, announcing that it was his last day of shoot for Mere Dad Ki Dulhan. He recollected how he boarded on this journey as Ambar Sharma and how much he has given to transform himself into the character. “As I leave my house for the last day shoot of MDKD, I can’t help but think about the year gone by. I embarked on a journey called Mere Dad ki Dulhan last year. I used all my craft to give Ambar Sharma a believable body. It was a time when @badolavarun was working with his co actor @anjali_tatrari. It took us a few days to become Ambar Sharma and Nia Sharma. But once we achieved that, our journey towards Dada and his Sabse Khoobsoorat wala Bachchu was a natural progression and the only logical conclusion.”

Regular outings:Cool dad Hrithik Roshan with his kids is just too charming