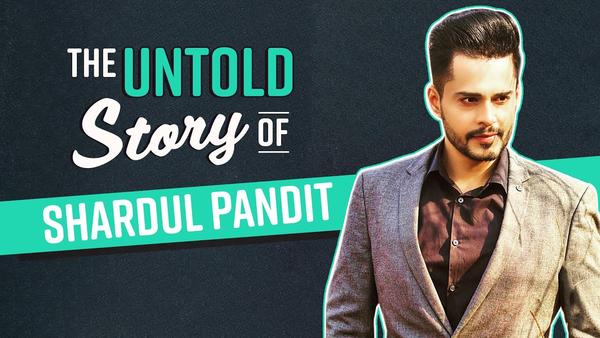 Wild card contestant Shardul Pandit, who entered the Bigg Boss 14 house a week ago, has gathered a newfound fanbase after divulgence of Tuesday’s episode. In a discussion inside the BB house, Eijaz Khan revealed the financial stress Shardul is going through. After the clip was aired, Twitter was flooded with tweets supporting Shardul.

As Tuesday’s episode came to an end, Eijaz was seen walking up to Shardul in the red zone and asking him why he did not talk about his struggle during the nomination task and saved himself. During his conversation, Eijaz also said that he had advised Shardul to cry and beg for safety from nomination during the task.

After the conversation, Shardul was seen quietly staring at an insect in the garden area even as all the contestants in the house slept.

Twitter was full of tweets supporting Shardul as soon as the episode ended. “#ShardulPandit is in great need of our vote. Plzzz Vote for him as a human being. What a sweet, nice guy he is. He looked so broken when talking to #EijazKhan. Today last scene of Episode Broken heart #ShardulPandit feeling sad for him…Speak-no-evil monkey, Slightly smiling face #BigBoss @BeingSalmanKhan,” wrote a fan of the show.

Well, the heart to heart chat with Eijaz certainly helped Shardul from eviction. We are happy that netizens are following their heart to vote.

Eijaz Khan May Be Next in Line to Exit BB14

Shardul Pandit Evicted from BB14, Gets Appreciation from Host