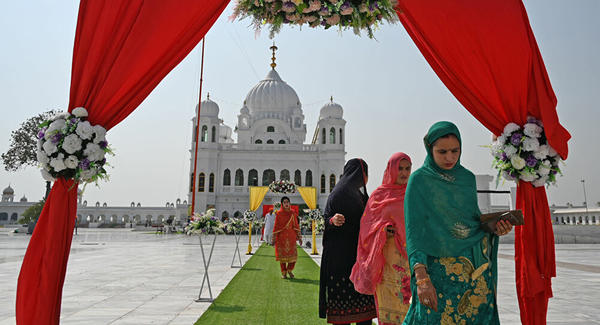 The Pakistan government’s decision to transfer the management and secretarial control of the Gurdwara Darbar Sahib in Kartarpur from a Sikh body — Pakistan Sikh Gurudwara Prabhandhak Committee (PSGPC) — to a trust under the Evacuee Trust Property Board, a non-Sikh body, has invited sharp reactions from India, which termed the move “highly condemnable” and against the spirit of the Kartarpur Corridor.

The Imran Khan-led Pakistan government legitimately took away the full control of the Gurdwara at Kartarpur in Punjab's Narowal District from the PSGPC and gave it to Evacuee Trust Property Board (ETPB), a Muslim body. The ETPB manages religious properties and shrines of Hindus and Sikhs in Pakistan.

The Sikh community from India has responded sharply and has articulated grave concern at this decision of Pakistan. Manjinder Singh Sirsa, president, Delhi Sikh Gurdwara Management Committee (DSGMC), said he had pursued time from the MEA to get and lodge a formal protest to the Government of Pakistan.

The MEA statement said: “Such actions only expose the reality of the Pakistani government and its leadership’s tall claims of preserving and protecting the rights and welfare of the religious minority communities.”

Only last year the historic corridor to one of Sikhism's holiest shrines, Gurudwara Darbar Sahib was opened allowing Indian pilgrims rare visa-free access to the site in Pakistan. The Kartarpur corridor leads from the border straight to the Gurdwara Darbar Sahib Kartarpur, 4km (2.5 miles) away. We are really feeling sad and angry at the same time with the Pakistani government for giving the control of Kartarpur Gurudwara to a non Sikh body.