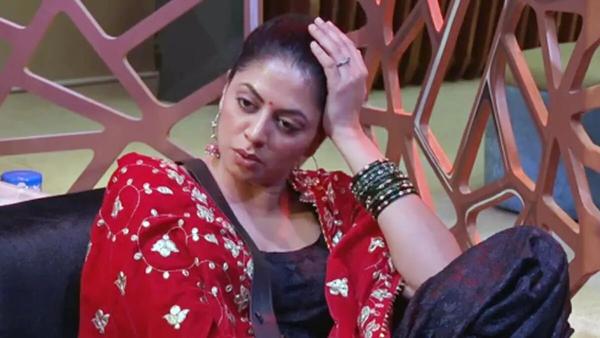 In the previous night episode of Bigg Boss 14 (November 2), wild card contestant Kavita Kaushik gets evicted due to low audience votes. She was a part of double eviction this Monday and her elimination came a discourteous shock to other contestants.

Kavita had to pay a big price by getting evicted from the BB house after her feud with Ejaz Khan. The actress was heavily slammed for her personal comments at co-contestant Eijaz Khan. On a Weekend Ka Vaar episode, during a task between her and Eijaz, she had talked about his depression and how she helped him by upholding his project. She also revealed that she cooked food for him during the coronavirus lockdown when he had no one.

On Kavita's entry, Eijaz had expressed his happiness and said that she is one of his very few friends in the entertainment industry. However, the latter repudiated it and said apart from sending food for him during the lockdown there is no bond between them.

In the weekend ka vaar episode, we saw a completely different avatar of Kavita Kaushik. Probably, because of attaining selfish nature and foul mouthing Eijaz, Kavita got evicted.

Kavita Kaushik, the New Captain of BB14, Takes Off Her Journey Full Blast!

Alia Bhatt Walks The Ramp For Kavita And Meenu Malik