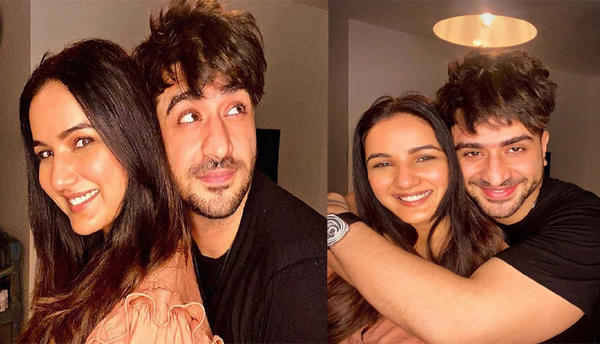 Aly Goni is all set to make a dashing entry in Bigg Boss 14 anytime soon as the next wild card contestant and is gearing up to create a lot of bedlam in the house. With his entry into BB 14's house as a wild card contestant, the latest reports state that he will be receiving a decent remuneration as a contestant on the show.

According to our sources, Aly Goni is going to be one of the 'highest-paid contestants' of this season. The report states that he is set to make his entry in the first week of November, as a wild card contestant. As per the report, Aly was loomed by the makers to be the contestant of the season on Day 1, but could not be a part of the show earlier due to work commitments.

While Aly Goni has gone all out to support his good friend Jasmin Bhasin, his entry will definitely be a surprise for the Dil Se Dil Tak actress, says the report. The report stated that one of the reasons that makers wanted him to reconsider their proposal was due to his support for Jasmin. As per the report, the makers made Aly an offer he could not refuse.

Aly has fulfilled his work commitments, and wrapped up the shoot of his pending OTT series, and only then agreed to be a part of the show. With Aly entering the house as a wild card contestant, the upcoming episodes of Bigg Boss 14 are surely going to be more interesting with lots of drama, fights and arguments.

Do You Know the 2 New Wild Card Entries to Bigg Boss House?

Khaali Peeli: Ananya Panday and Ishaan Khatter recall ride on the wild side

Imtiaz Ali is no longer making the much-awaited Madhubala biopic?

The Wild One Ranveer Singh For GQ Magazine September 2013 Issue

Armaan and Tanisha Caught in the Act?
LATEST EVENTS / GALLERIES
Most Read
...loading