Rubina Dilaik Takes Panga With Salman, Calls Him Out for a Joke He Made 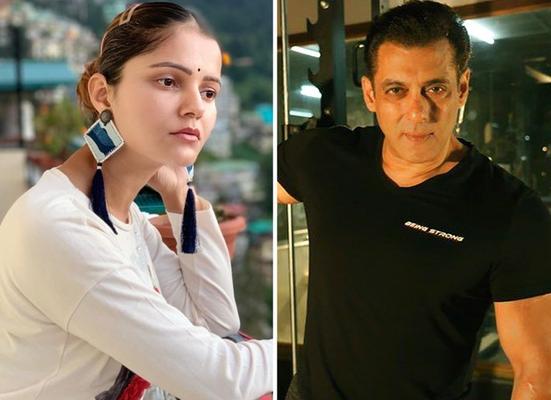 Bigg Boss 14 contestant Rubina Dilaik is evolving as one of the strongest contenders. Be it raising protest over rules to supporting her husband Abhinav Shukla like a loving wife, she has been winning hearts. However, Rubina, in Tuesday's episode, spoke to Bigg Boss about not acquiescent with the fact that host Salman Khan disrespected Abhinav and her on Weekend Ka Vaar.

An emotional Rubina broke down in the confession room and said she found it impolite on Salman's part to call Abhinav her personal 'saaman'. Soon after the episode ended, Netizens weren't quite satisfied with the way Rubina targeted Salman and took offense at what he said in humor. One of the users wrote, "Ab Salman krega iski zindgi barbaad" while the other called her arrogant.On the other hand, people came out in support of Rubina and praised her for speaking up against the wrong.

For the unversed, Salman, while grilling Rubina over the weekend, said, "Aapka sara personal saaman Bigg Boss ke paas hai sirf ek saman aap ghar ke andar ke le aayi hai." Rubina, talking to Bigg Boss said she believes in mutual respect and can't work at a place where she feels disrespected. Bigg Boss clarified that Salman made that statement for fun and it should not be taken seriously. He further said that nobody is brought on the show to be insulted. When Rubina said she doesn't want to continue with the show, Bigg Boss asked Abhinav to come to the confession room. He managed to comfort her. Bigg Boss further told that if they are still bothered, they can ask Salman about it when they meet him on the weekend.

Well, Rubina is clearly taking panga with Salman. Let’s wait until the weekend episode is out.