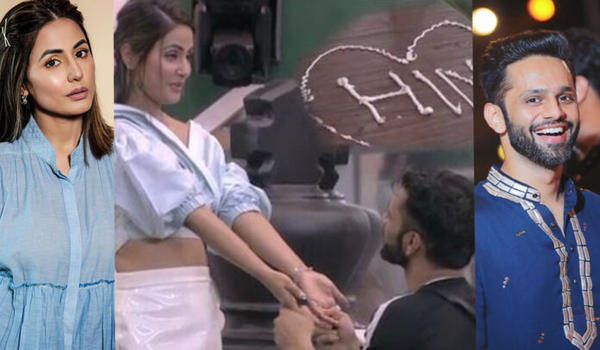 Among Bigg Boss 14’s contestants is reality show star Rahul Vaidya who became a big name after the first season of Indian Idol even though he was the second runners up. Vaidya apart from playback singing also keeps busy doing shows across the globe and singing at weddings.

In a candid conversation with Bigg Boss 14 contestant Rahul Vaidya, Hina publicized how back in her college days in Delhi on the persistence of a couple of friends, Hina had auditioned for a competition related to the show at one of the malls where Rahul who had just swathed up his own Indian Idol season was a special guest, and had selected her as the winner. Rahul Vaidya did not remember this and when she reminded him, he went and shook hands with Hina.

Hina, who is one of the seniors in Bigg Boss 14 at the moment was very keen to share the memory with Rahul, and even told him about how excited she was to receive the prize from him for the competition. Her humble and grounded nature was warmly welcomed by Rahul who very appreciative of Hina's sweet gesture.

Hina Khan could not go further in Indian Idol at that time but she partook in other reality shows after becoming a renowned name in the industry including Khatron Ke Khiladi and Bigg Boss.

Sara Gurpal Bids Adieu to BB14, thanks to Sidharth!

Zareen Khan on participating in Bigg Boss 14: Have zero tolerance to nonsense

B-Town Celebs Spotted At A Fashion Exhibit Hosted By DVAR