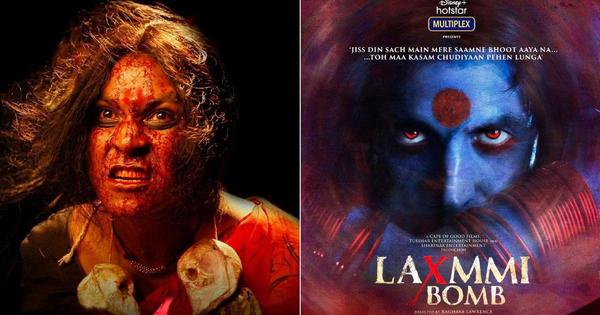 Ever since the trailer of Laxmmi Bomb starring Akshay Kumar was unconfined, filmmaker Aditya Kripalani is bearing the force due to the similar title of his 2017 film, Tikli and Laxmi Bomb. A section of twitter users, including Sushant Singh Rajput's fans, demanded a boycott of Kumar's film, especially after the star shared a video defending B-Town against allegations of drug abuse. Irate net users have started giving low ratings on Google review to the Suchitra Pillai-starrer. Now, Kripalani is approaching the producers' association to address the issue.

Tikli and Laxmi bomb – a book based on sex workers, their lifestyle and the fight to run their community by women and for the women, has been adapted into a feature film. Actresses Chitrangada Chakraborty and Vibhawari Deshpande play Tikli and Laxmi respectively. It also has Suchitra Pillai essaying a pivotal role in this film.

Speaking about Laxmmi Bomb, the film is a remake of Tamil blockbuster "Muni 2: Kanchana". Raghava Lawrence, who had helmed the original, also directs the Bollywood remake, co-starring Kiara Advani, Tusshar Kapoor, Sharad Kelkar, and Ashwini Kalsekar. Akshay essays a transgender in the film, and he says pulling off the role was challenging.

Twitter Calls For #BoycottLaxmmiBomb Soon after the Trailer is Released

Chhapaak Song Launch - What Made Dippy and Laxmi so Emotional?

Chhapaak - What is It?

Laxmmi Bomb Trailer: Get ready to be scared and entertained with the biggest laughter riot this year!

Laxmmi Bomb: Akshay Kumar's horror-comedy to release on this date

Akshay Kumar on Laxmmi Bomb: In 30 Years, this is the most mentally intensive role

Akshay Kumar has to say this when asked about 'Laxmmi Bomb' clashing with Salman's 'Radhe':