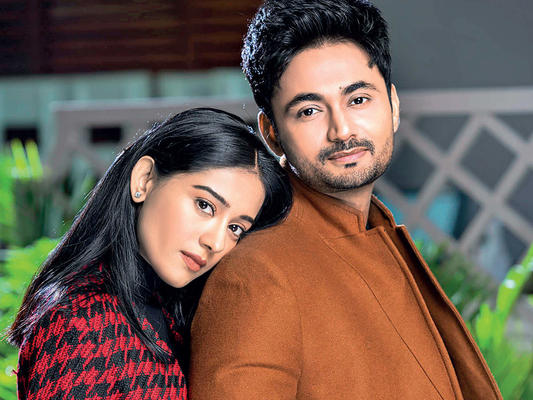 Actor Amrita Rao, who had kept her pregnancy hush-hush until being speckled in public recently, has said that the fact she is about to become a mother still hasn’t sunk in. Recently, pictures of a visibly pregnant Amrita and her husband, RJ Anmol, were shared online.

In an interview, the Vivah actor said that Anmol recites verses from the Bhagavad Gita every night. She told a media house, “Anmol reads a chapter from the Bhagavad Gita to baby and me every night,” adding that the couple has found their perfect song: Jeevan Ki Bagiya Mehkegi. “I guess it takes your child to be in front of you to believe what nature can do,” she said, admitting that the feeling still hasn’t sunk in.

Amrita said that her priority right now is mental health, and fortuitously, the baby doesn’t seem to be too demanding. “Even the baby realizes it and is not very demanding. There are no special cravings I eat whatever I want and the baby seems to be happy with it,” she said.

A source had earlier told a leading media house that, “She is loving this phase of her life. While people may not be aware of her pregnancy, those close to the couple are in the know. They conceived just before the lockdown and this phase came as a blessing in disguise as the couple could spend quality time together.”

Amrita and RJ Anmol tied the knot in 2016, after dating for seven years. Well, we are very happy for Amrita and wish her all the best for her immediate parenting role.

Celebrities in this Article: Amrita Rao

How To Deal With Your Baby's Colic

How to Soothe A Crying Baby

Yoga For You And Your Baby

Practical Gifts For The New Mom And Her Newborn

Amrita Rao poses with a baby bump, says 'The Baby Is Coming Soon'

Amrita Rao on her Pregnancy: One can't plan these things, they just happen