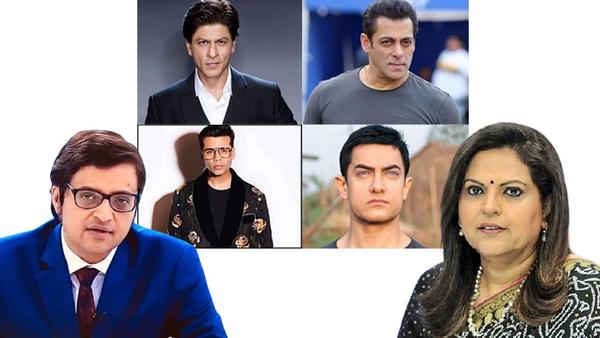 It seems like the Bollywood biggies has had plenty of allegations targeted towards them, and therefore they have finally decided to strike back with the legal way against media channels. A lawsuit has now been filed against Republic TV, Arnab Goswami & Pradeep Bhandari; & Times Now & its anchors Rahul Shivshankar and Navika Kumar.

4 Bollywood industry Associations and 34 leading Bollywood producers have moved Delhi High Court seeking to control the irresponsible, derogatory and defamatory remarks being made against the film industry. The Biggest names in Bollywood have united for the cause; production houses of Shah Rukh Khan, Ajay Devgn, Salman Khan, Aamir Khan, Karan Johar, Akshay Kumar, Aditya Chopra, Farhan Akhtar, Zoya Akhtar and all other major banners are plaintiffs in the suit. The Film & Television Producers Guild of India (PGI) and Cine & TV Artistes Association (CINTAA) have also joined the suit.

Ever since Sushant Singh Rajput died by suicide on June 14, several filmmakers, actors and actress have been held responsible for several reasons including intimidation, nepotism, among other things that led him to suffer from depression, anxiety and thus the death.

Republic TV and Times Now are accused of using derogatory words such as “dirt”, “filth”, “scum”, “druggies” for Bollywood. As per a media report, the lawsuit stated that the channels as well as social media platforms must “refrain from making or publishing irresponsible, derogatory and defamatory remarks against Bollywood and its members”. They also want the channels to stop media trials and infringing upon the privacy of the film industry members.

Well, we will have to wait and see if there are any repercussions to the legal case.

Amitabh Bachchan wore a lawsuit in an ad, which lands him in trouble

SRK On The Sets Of India Poochega Sabse Shaana Kaun