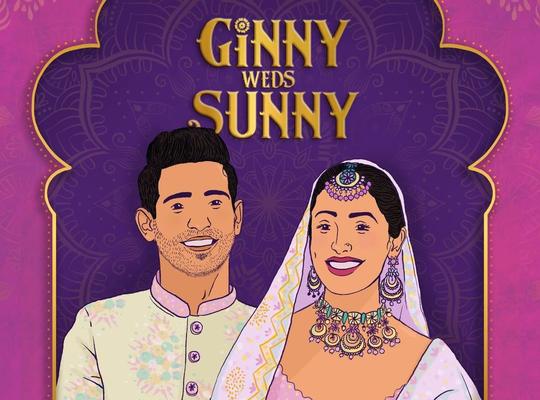 Ginny Weds Sunny is a sonnet to aggravation culture. Ginny Weds Sunny is meant to be a light-hearted romantic comedy but it’s neither astoundingly original in terms of its plot, nor is it able to respire any freshness into a familiar set up.

Any novelty the film can stake claim on comes from its casting. But there is little room for curb or subtlety in Ginny Weds Sunny. Vikrant plays Satnam Sethi aka Sunny, who’ll only inherit his father’s hardware shop, which he intends to turn into a restaurant, when he brings home a bride. Hence eager to marry, but repetitively rejected by women, he fixates on winning over his former crush, West Delhi pataka Ginny (Yami Gautam) when her mother offers to help him.

The movie has a loopy premise. Director Puneet Khanna and the film’s writers give us interfering Punjabi parents who’re way too devoted in the lives of their kids. The lovely Ayesha Raza is meant to be a hoot as Ginny’s mum, and perhaps her cunning plotting would be funny if the advice she gives to Sunny – to stalk her daughter, befriend her, then worm his way into her heart – wasn’t so knotty.

The second hour of Ginny Weds Sunny is specially fatiguing as it checks every rom-com cliché from every shaadi movie you can think of. It’s also upsetting to see talented actors like Vikrant Massey and Yami Gautam weighed down by an average script. Both of them perform sincerely and they’re the only reason the film isn’t a complete write off.