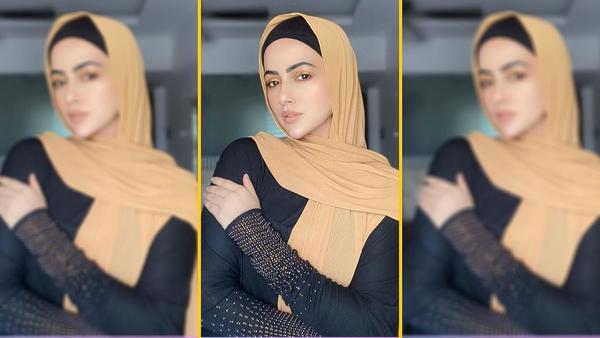 Television actor Sana Khan publicized to quit her acting career to spend her life in the service of humanity and following the orders of her 'creator'. The 33-year-old actor posted statements in Hindi, English and Urdu announcing her decision to leave the showbiz industry 'forever'. She stated that she has been contemplative about her purpose in life and what happens to a person after death.

Sana Khan wrote that the entertainment industry has given her "all kinds of fame, honor and wealth" but she has realized that she should not make "wealth and fame" her only goal. Sana also added that from now on, she will "serve humanity and follow the order of her Creator."

Sana said that while pondering these questions, she came to the realization that “this life in the world is actually for the betterment of life-after-death” and that “it would be better if the slave lives according to the command of his Creator” and does not spend a lifetime chasing wealth and fame.

As an actor, Sana featured in many Hindi and regional language films. She made her debut in Bollywood with 'Yehi Hai High Society' in 2005 and went on to star in movies like 'Halla Bol', 'Jai Ho', 'Wajah Tum Ho' and 'Toilet: Ek Prem Katha'.

Celebrities in this Article: Sana Khan

Kiss Day Special- Love is when...

Yukta Is Getting Married!

Dangal director Nitesh Tiwari: Zaira Wasim's decision came as a shock to me

Fatima Sana Shaikh impresses with her ethnic beauty yet again