Neha Kakkar Comes Clean About Her Feelings for Rohanpreet Singh 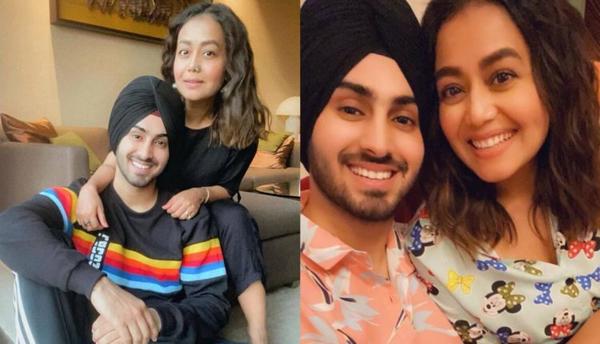 Singer Neha Kakkar seems to have made her relationship with Rohanpreet Singh Instagram-official as she shared a photo with him and captioned it, ‘You’re mine’. She also shared a hashtag ‘NehuPreet’. There have been strong rumors that Neha and Rohanpreet’s wedding is expected to take place later this month.

After the photo was posted, Rohanpreet replied, “@nehakakkar Babuuuuuu I love youuu soooo much mera putt meri jaaaan YES I AM ONLY YOURS MERI ZINDAGI.” Their PDA continued as Neha said, “Rohu You’re Soooo Cute.”

Neha Kakkar and Rohanpreet Singh’s confirmation about their relationship comes amid marriage rumors. The two are said to be tying the knot soon. Even a photo said to be from their roka ceremony went viral on social media.

For those who don’t know who Rohanpreet Singh is, he was a contestant on the singing reality show Rising Star Season 2 which had Diljit Dosanjh, Shankar Mahadevan and Monali Thakur as the judges. He also participated in Saregama Lil Champs in the year 2007. Earlier this year, Rohanpreet was also seen as one of the suitors of Shehnaaz Gill in Colors TV show Mujhse Shaadi Karoge.

Well, we are more than happy to see Neha in love again.

Did You Know Rising Star is not the First Show for Rohanpreet Singh?