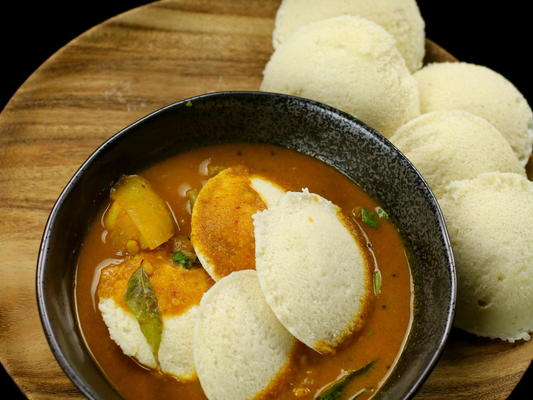 It all started with a tweet from UK about idli being boring! A history professor from UK Edward Anderson was asked to name one dish that he could never understand why people liked. In response to this question, the good professor tweeted, "Idli are the most boring things in the world." Very soon this was picked up by defensive Idli lovers in India and soon war erupted on Twitter! People were quick to point out various dishes like lamb curry and fish curry that could be paired with idlis. A few people agreed that idlis were boring indeed but most people were offended that idlis could be called boring!

As expected, Shashi Tharoor also got involved and tweeted, "Yes, my son, there are some who are truly challenged in this world. Civilisation is hard to acquire: the taste & refinement to appreciate idlis, enjoy cricket, or watch ottamthullal is not given to every mortal. Take pity on this poor man, for he may never know what Life can be."

Edward Anderson responded to Mr Tharoor's tweet with, "Oh no, I feared that the world's most famous idli evangelist would see this after @ishaantharoor tweeted it! Coincidentally 'this poor man' is currently re-reading one of your books which I've set my students to read for a class next week!" He met with another response from Mr Tharoor - "Try it with a plate of steaming idlis, accompanied by coconut chutney with a garnish of mustard seeds, a red-chilli-and-onion samandi & some molagapodi w/melted ghee. If the idli batter has been fermented right, it’s the closest thing to heaven on this earth! Class will be better."

Quickly this discussion moved to an inter-state clash about which South Indian state has the best sambhar. We Indians are so good at fighting amongst ourselves. It seems like the history professor is giving a lesson in history about how the Brits divided and ruled India!

Hopefully the world isli crisis has been averted and people can stop arguing now.

Have You Tried the Daliya Idli Yet?

World Idli Day - Why Do We Love These White Rice Cakes?