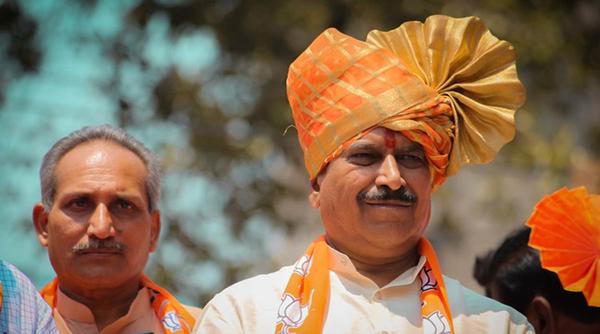 Minister of State for Railways Suresh Angadi passed away at the All India Institute of Medical Sciences, Delhi, on September 23. He was hospitalized there earlier this month after he contracted COVID-19.

The 65-year-old passed away at around 8 pm on Wednesday at the AIIMS trauma center which has been converted into a dedicated COVID-19 facility, sources at the hospital said. A fourth-term MP from Belagavi, Angadi is the first Union minister to have died of coronavirus. At least six MLAs and three MPs have earlier capitulated to it. Former President Pranab Mukherjee, who died on August 31, was also diagnosed as COVID-19 positive. Angadi had on September 11 himself announced on microblogging site Twitter that he had contracted the disease.

The MP from Belagavi had requested all those who came in close contact with him over the last few days to monitor their health and get tested in case of any symptoms.

Prime Minister Narendra Modi too joined a host of political leaders and Union ministers in paying tributes to Angadi. “Shri Suresh Angadi was a brilliant Karyakarta, who worked hard to make the Party strong in Karnataka. He was a dedicated MP and effective Minister, admired across the spectrum. His demise is saddening. My thoughts are with his family and friends in this sad hour. Om Shanti,” he said on Twitter.

Well, we hope that Angadi’s soul finally can rest in peace.

COVID Vaccine Will Be Available in India by Early 2021!

Over 80 Parliament MPs and Employees Test Covid Positive on Day 1!

Ajay Devgn: If You've recovered from COVID-19, you are a Corona warrior

COVID-19: Rishi Kapoor wants "emergency" to be declared and military to control the people who are not following lockdown