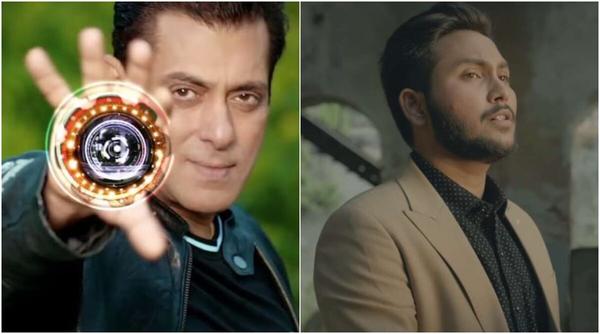 Jaan Kumar Sanu aka Jayesh Bhattacharya is the youngest son of popular singer Kumar Sanu. Jaan is his nickname and, like his father, he is also a singer. His first original Hindi single titled “Tu Sandali” released earlier this year. He also crooned the recreated version of Akele Hum Akele Tum song “Dil Mera Churaya Kyun”. Jaan has sung a few cover versions of popular Bollywood numbers, which he released on his YouTube Channel.

Talking to Salman Khan during the Bigg Boss 14 press conference, Jaan said he is a big fan of the actor. Also, when Khan mentioned that he looks too sweet to be in the Bigg Boss house, the singer replied, “I think I will handle the contestants well. I have been watching this show for a long time and have been its fan. I am up for any situation that comes in the house.”

On being quizzed by Bigg Boss 13 winner Sidharth Shukla about his reaction to certain situations in the show, Jaan said, “I will first try to settle down fights by talking, and if things do not get better, then I will take the ‘Sidharth Shukla way’.” Jaan Kumar Sanu started singing at the age of five and even did voice-overs in cartoons. He got to sing along with Shaan and Aamir Khan in Taare Zameen Par song “Bum Bum Bole”. Apart from singing, the young talent also knows how to play several instruments including harmonium, tabla, piano and guitar.

Celebrities in this Article: Kumar Sanu