Over 80 Parliament MPs and Employees Test Covid Positive on Day 1! 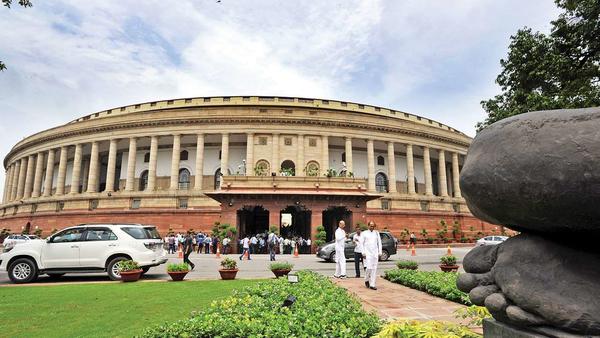 About 30 MPs, including BJP’s Meenakshi Lekhi and Pravesh Verma, and over 50 employees of Parliament have tested positive for COVID-19 so far, sources said on Monday.

All parliamentarians and staff of the secretariats of both Lok Sabha and Rajya Sabha had endured mandatory COVID-19 tests before the start of the session. Media-persons covering the parliament’s proceedings also underwent these tests and at least one of them has tested positive, the sources said.

As per the details available with parliament authorities, around 30 MPs and over 50 employees of the secretariats tested positive for coronavirus. All those who have tested positive have been asked to stay in quarantine and they did not come to Parliament, sources said. “ICMR is honored to have carried out testing of 2500+ samples of Honble Members of Parliament and other officials on war footing over the weekend in service of the nation”, the Indian Council of Medical Research said on Twitter.

Also, the monsoon session, which began on Monday, is being held in two different shifts — Rajya Sabha will sit in the mornings and Lok Sabha in the second half of the day. Both the Houses of Parliament will sit for four hours daily adhering to coronavirus precautionary measures.

Preparations are in full-swing for the parliament's upcoming Monsoon Session amidst the COVID-19 pandemic. Several first-time measures are being taken as MP's look to discharge their constitutional duties during this period of a pandemic.

Varun Dhawan's relative in the US tests positive for COVID-19