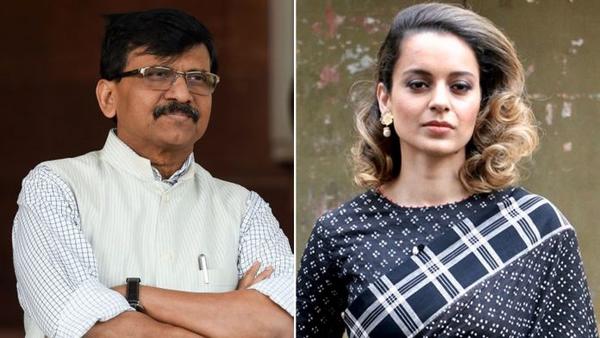 Kangana Ranaut is well known for being outspoken. She is the very first actor who has called out Bollywood for nepotism and has been consistent in her accusations at the industry. Recently, she has become emboiled with Shiv Sena after she said that she does not feel safe in Mumbai, it feels like PoK to her. Shiv Sena was very visibly miffed at this statement and has offered many rebuttals publicly.

In an interview, Sanjay Raut called Kangana a Haramkhor ladki. In the Sena publication Saamana, Kangana was called an outsider and a mental woman. In another interview with NDTV, Raut said that Kangana needed no security and expressed his anger towards the Centre for providing security to Kangana. Another Sena leader openly threatened that if Kangana came back to Mumbai, her face would be broken by Sena warrors.

This onslaught of hatred was followed by a 24 hour notice from BMC and subsequent demolition at Kangana's office in Pali Hills. The Court over-ruled this move and chided BMC for these deplorable actions.

The end result of all this is that Kangana has sympathy and love of the masses and Sena is now being called out for threatening and using foul language against Kangana. Overall, a big messup for Sena!

The Tiger Is No More! Farewell Balasaheb!

Kangana Ranaut: People get calls to not work with me

Kangana Ranaut on Karni Sena’s protest against Manikarnika: If they don’t stop, I will destroy them

Kangana Ranaut: No one has pressurised us to change Manikarnika release

Hrithik and Kangana At Airport While Leaving For Krrish 3 Shoot