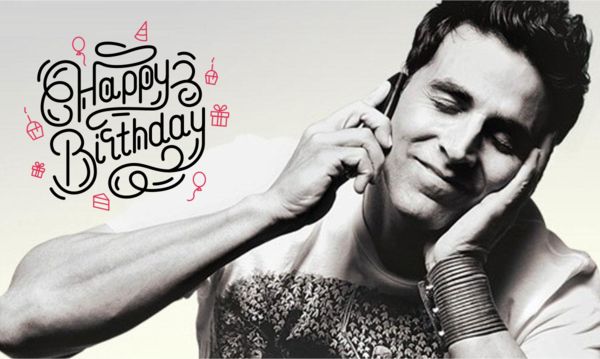 One of the most decorated actors in the history of entertainment, Akshay Kumar turns a year older today. On Akshay’s birthday, celebrities, friends and fans have swamped social media with wishes for Khiladi Kumar.

Good friend and collaborator Ajay Devgn was one of the first stars to wish him on Twitter. Neha Dhupia, Arjun Bijlani, Rakul Preet Singh, Rahul Dholakia and Dabboo Ratnani among others have also wished Akshay.

Akshay Kumar, real name Hari Om Bhatia, was born on September 9, 1967 in Amritsar to an army officer and his wife. The family then moved to Delhi, living in Chandni Chowk, where Akshay studied at Don Bosco School and Khalsa College before moving to Mumbai.

On the work front, the actor will soon be seen in horror-comedy Laxmmi Bomb, which will premiere on Disney Plus Hotstar. The Raghava Lawrence directorial is the Hindi remake of hit Tamil film Kanchana. He also has Raksha Bandhan, Prithviraj and Atrangi Re in his kitty.

Well, we once again wish all the very best and success to Akshay Kumar on his birthday.

Akshay Kumar On the Sets of Oh My God

Akshay is Back in Action With Boss!
LATEST EVENTS / GALLERIES
Most Read
...loading