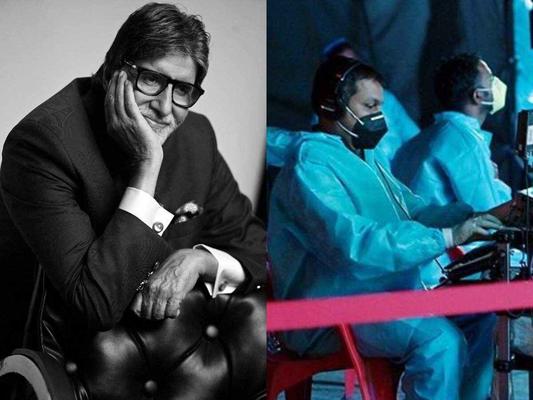 A few days ago, it had been described that two crew members of ‘Kaun Banega Crorepati 12’ had confirmed positive for coronavirus. However, the channel is disproving this claim. In an exclusive statement to a media house, Sony Entertainment Television wrote: “There have been no COVID positive cases reported on the set of Kaun Banega Crorepati. The shoot of the show hasn’t started yet and will commence on September 7.”

Ever since the promo of the show was shot by director Nitesh Tiwari a few days ago, rumors of two people testing positive for COVID-19 had started doing the rounds. A source close to the production house told the media, “The promo was shot several days ago and it barely took a few hours. After that, there was no information of anyone feeling unwell or getting tested for coronavirus. The puja for the show was performed on September 4 on the set, which is now ready. So, reports of people testing positive for corona on the KBC sets are false because shooting hasn’t even commenced so far. As per schedule, shooting of the show will start on September 7.”

‘Kaun Banega Crorepati’ is among the most popular shows on Indian television. The quiz-based show has been making surfs ever since the first promo of this season was divulged last month on social media. Ardent fans of the show are excited to see Amitabh Bachchan back on the hot seat. We just hope that KBC is not shut down due to the COVID-19 rumors.

Big B To Resume Shooting for KBC

Meet Ajeet Kumar, the 4th Crorepati of This Season!

Guess Who Is Replacing Amitabh Bachchan on KBC?

This time, you can see some new changes in Amitabh Bachchan’s Kaun Banega Crorepati

Happy New Year Star Casts On The Sets Of KBC

KBC has its First Crorepati of the Year!

How Does A Barber Afford A BMW?